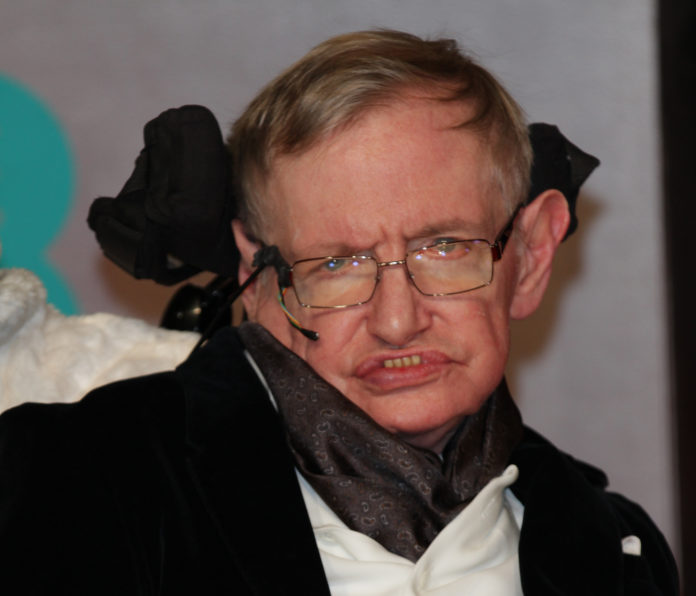 Stephen Hawking one of the greatest and most well-known scientist of all time died today at the age of 76.  At the age of 21, a young Stephen Hawking was diagnosed with ALS while studying cosmology at the University of Cambridge.  After being given only a few years to live, he went on to become one of the world’s greatest living scientist.  Hawking was also a cosmologist, astronomer, mathematician and author. His book the “History of Time” sold over 10 million copies worldwide.

ALS – amyotrophic lateral sclerosis known as Lou Gehrig’s Disease attacks nerve cells used in voluntary muscle actions.  Most people live 3 to 5 years after experiencing the symptoms of ALS.  According to his wife Jane, doctors gave Hawking two years to live at the time of the diagnosis.  Hawking lived for over 50 years with the disease and may well have been the longest survivor of the disease.

After being diagnosed with the disease Hawking was paralyzed and confined to a wheel-chair.  Only being able to move a few fingers he, became dependent on others for everyday tasks like bathing, dressing and eating.   A computerized speech synthesizer gave Hawking the ability to make his voice known to the world.  People around the world would recognize Hawking by his computerized voice with an American accent.

Hawking married his first wife Jane while he was attending graduate school.  They were married for 30 years before divorcing in 1995.  Hawking later remarried to Elaine Mason, one of his former nurses.

Although he already had worldwide recognition, his appearance on shows such as “Star Trek: The Next Generation and “The Simpsons” introduced his face and voice to new generations.  He became a hero and inspiration to math and science geeks worldwide.

He also wrote a series of children’s books about space with his daughter Lucy.  Hawkings had 2 other children and 3 grandchildren.  For over 3 decade he was a professor at Cambridge University’s department of Applied Mathematics and Theoretical Physics specializing in the study of Black Holes.  In 2014 his relationship with wife Jane Wilde was the subject of the move “The Theory of Everything”, in which Eddie Redmayne played Stephen Hawking.   The movie garnered 5 Academy Award nominations and a Best Actor award for Eddie Redmayne.

Stephen Hawking had a great concern for humanity. “I see great dangers for the human race, there have been a number of times in the past when it’s survival has been a question of touch and go”, stated Hawking. He also stated he was an optimist and said that “If we can avoid disaster for the next two centuries our species should be safe as we spread into space.”

Hawking is survived by his children: Lucy, Robert and Tim and three grandchildren.