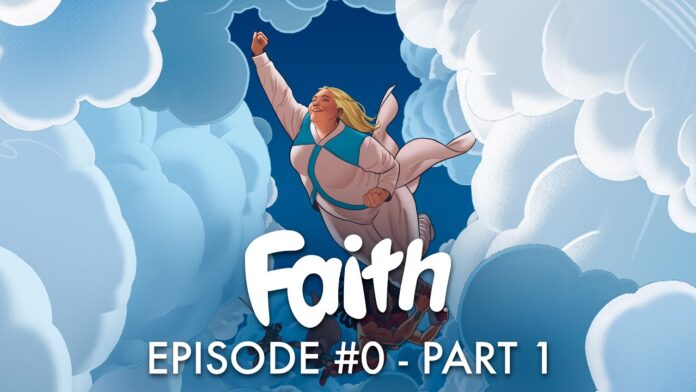 December 9th, 2020 – Valiant Entertainment is proud to reveal brand-new Motion Comics, and the debut episode is an adventure with the publisher’s most heroic and inspirational character: Faith!

Discover the origin of Faith Herbert, aka Zephyr, and a tale with her first love and fellow Harbinger Renegade John Torkelson, aka Torque. The first episode is now live on Valiant Entertainment’s YouTube channel and you can watch the nearly eight-minute-long story unfold, below.

This animated episode is taken straight from the pages of HARBINGER: FAITH #0, featuring a script by Joshua Dysart, artwork by Robert Gill and José Villarrubia, and letters by Dave Sharpe. Keep an eye on Valiant’s YouTube channel for Part 2 of the story and more Motion Comics featuring other characters from the Valiant Universe.
Find more stories with Faith and her fellow Harbinger Renegades at a comic shop near you. Valiant’s first young adult novel, Faith: Taking Flight, is now available wherever books are sold.

That Brazilian Couple to host an exhibition in New York City

Meet Tom Ierna: The Man Behind the Scenes

Review: Steve-O of ‘Jackass’ brings his ‘Bucketlist’ Tour to The Paramount