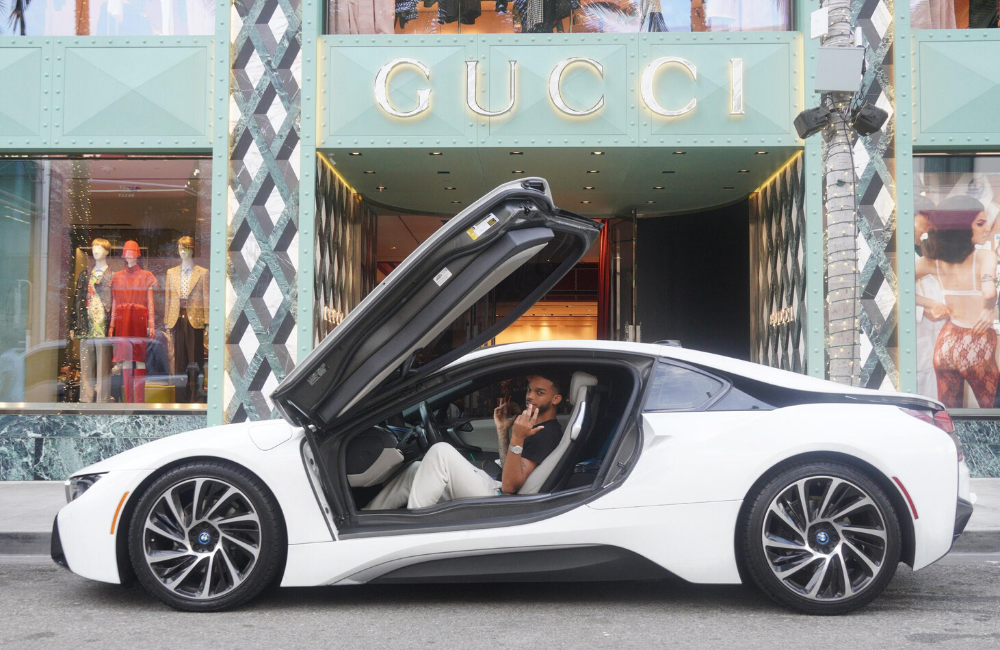 Anthony Agyeman is conducting business in the most lucrative way, from high ticket dropshipping and creating a clothing line to building ATM businesses. After realizing that a 9-5 job wasn’t for him, he took his business skills and mindset and scaled an 8 figure empire.

Like most successful entrepreneurs, Anthony, 23, learned the importance of a mentor early enough before struggling to maneuver in the eCommerce landscape alone. This made him scale two businesses to multi-million dollar revenue.

Knowing the importance, he wants to give back to the community and mentor as many as possible. “Mentoring is the only way to help people create a strong foundation in your business,” said Agyeman in an interview with Yahoo Finance.

Born in Boston and raised in Houston, Anthony knew that school was not for him.

He was a good student, but it wasn’t his preferred pastime. As a teenager, he loved doing competitive games while running a Community Cinema Channel on YouTube, traveling all over the country.

When he settled down, Anthony wanted to gain real work experience as a teen. He started to work in restaurants and heavy labor jobs. It was then that he realized that working under somebody else’s terms wasn’t for him.

“I hated having to listen to someone else and having to eat at a certain time, and I couldn’t do certain things I wanted to do. Additionally, I wasn’t building on my dreams but was helping someone else with their dreams and business, and I would rather put that same work and effort into my dreams and business.” Says Anthony as he expresses his disappointment while working for someone.

After high school, Anthony started his clothing brand. With the help of some key influencers and some friends, he was able to scale his brand to over 500 orders per week. This was when he realized his greatest potential of being his own boss.

No One Is Limited

Anthony then dove into the world of online marketing and drop-shipping. He put his skills to the test after watching a ton of YouTube videos and educational content. When he started drop-shipping, his business took off with the help of a mentor. Since his business was doing so well, he created a digital marketing agency to help other businesses. He was able to scale his agency to six figures after a year.

Moving from an ordinary businessman to an investor, he purchased a series of ATM machines that help bring in extra-profit and is a great steady stream of income. He has dedicated his time to invest in studying and trying out the most strategic ways to carry on his eCommerce businesses. All along, he has had a mentor who has been guiding him through it all – yes, anyone needs a mentor.

Having learned that you cannot go far if you have no mentor, he has launched an Online Program aiming to help thousands of entrepreneurs. Anthony has already helped the first 100 in his pilot program, where he helped them establish an eCommerce platform, and he is monitoring them on a personal level.

The 100 have transformed their lives, and most of them are now running and managing their businesses. He has equipped them with the quintessential skills required to run an online business, establish a good business plan, budget, handle the day-to-day operations, make contemporary decisions, and run marketing campaigns.

For a long period, information is being hidden from people. According to Robert Kiyosaki, no one is willing to take up the challenge and teach and mentor them on how to make money. Most people want others to remain as their employees as they make a fortune. Anthony wants to disrupt that notion, and after having the first 100 successful entrepreneurs, he is ready for hundreds of thousands.

Importance of Getting Mentorship from Experts not Teachers

Anthony is quick to mention how the education system is broken. Having started his business and scaled them to multi-million dollar businesses, learning from him will not be the same as learning business from a university professor who has never done any business physically.