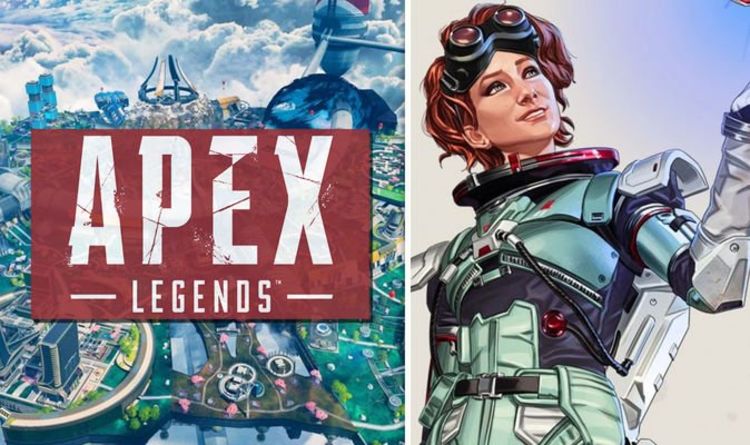 The Apex Legends Season 7 release date is finally here on PS4, Xbox One and PC – including Steam.

The good news is that despite the delayed release date, Apex Legends Season 7 is brimming with new content for fans.

The headline new addition is the Olympus map, which presents some interesting new gameplay opportunities for long-time fans.

That’s because Olympus is set among the clouds, which presents its own unique challenges.

“Olympus is the third map coming to Apex Legends and is a floating city high above the planet Psamathe,” reads the official description.

“This new location boasts lush, artificial terrain with stylised landscapes for those that appreciate opulent decor. Gone are the tall, cliffside rocks from Kings Canyon and World’s Edge. Instead, you’ll find perilous open space that showcases the clouds below.”

In order to avoid falling to your doom, the developers have introduced a couple of new ways to traverse the map, including the game’s first vehicle.

The Trident is a new vehicle that’s capable of transporting entire squads across the perilous map.

Found on the outskirts of the map, the hover vehicle comes with a boost feature that increases your speed and helps you get over obstacles.

“These hover vehicles are designed for rotations and not combat, so you will not be able to run over and hurt players.

“If you choose to use this in combat, there are multiple options for other players to counter this. Arc Stars or Wattson’s fences, for instance, can stall the vehicle for a moment, giving their team time to punish.

“Since we’re a character-based game, we also wanted the Trident to feel like an extension of the player. For example, you can place certain tacticals onto the Trident itself (front or back).

“Want to place two Caustic gas barrels on the Trident? Go ahead! Mix and match specific tacticals depending on your playstyle. My favourite tactic is placing Rampart’s Sheila minigun on the back. It’s amazing – trust me.”

Players can also use Phase Runners to instantly teleport to other parts of the map. The downside is that the Phase Runners let out a signal when in use, which means players on the other side can ambush you.

Needless to say, it wouldn’t be a new season of Apex Legends without a new character to play as.

Horizon is a gravitational scientist with a tragic backstory. Her abilities include Gravity Lift, which reverses the flow of gravity, lifting players upwards and boosting them outwards when they exit.

It can be used on enemies and on your own teammates. Spacewalk, meanwhile, is a passive ability that increases air control and reduces fall impact.

Finally, Black Hole creates a micro black hole that pulls players in and hits them with a blast at the end of it.

Perhaps most exciting of all is the new Ascension Battle Pass, which adds over 100 exclusive items including Legendary skins, Apex Packs, Holo-sprays, and more.

The new season also introduces Clubs, which is a new social feature letting you create a club with friends.