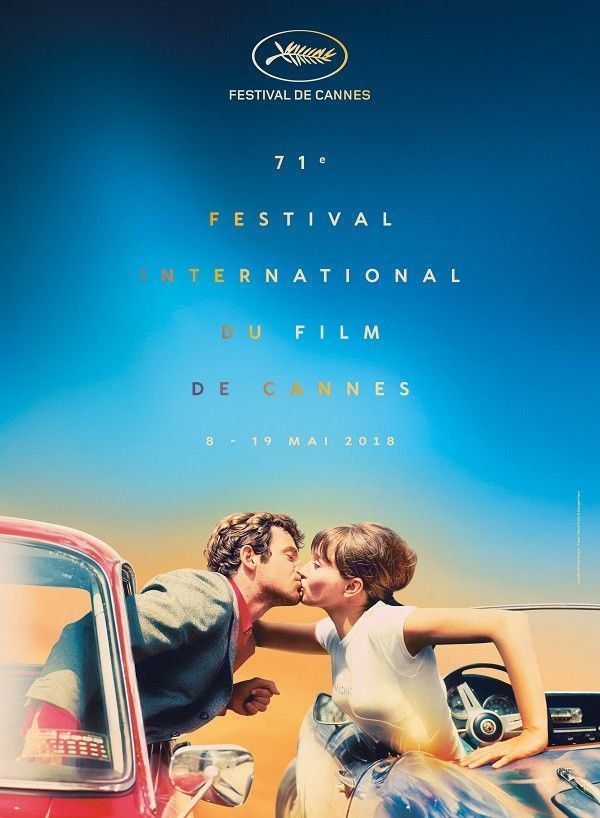 It is the second time the festival poster was inspired by Godard’s film after his 1963 film Contempt at the 2016 festival. According to festival’s official statement, the poster is inspired by and paid tribute to the work of French photographer Georges Pierre.

Solo: A Star Wars Story premiered at the Grand Amphitheatre Lumiere at the Palais des Festivals with a host of Storm Troopers greeting stars on the red carpet. The film directed by Ron Howard received a four minute stand ovation.  The new Han Solo Alden Ehrenreich walked down the carpet with Chewbacca and director Ron Howard with the rest of the cast that included Donald Woody Harrelson, Thandie Newton, Paul Bettany, Phoebe Waller-Bridge, Joonas Suotamo and Emilia Clarke.

The movie Shoplifters directed by Hirokazu Kore-Eda won the coveted Palme d’Or.  The movie was about a dysfunctional band of outsiders is united by fierce loyalty and a penchant for petty theft. When the young son is arrested, secrets are exposed that upend their tenuous, below-the-radar existence.

BlackKkKlansman a movie by Spike Lee about Ron Stallworth (played by John David Washington)  won the Grand Prize.  In the movie an African American police officer in Colorado Springs, Colorado manages to infiltrate the Klu Klux Klan over the phone.  He then sends in his Jewish coworker when he in person meeting is set up.

The Winners of the Festival are listed below:

SXSW 2021 – Blood May Be Thicker Than Water, But in ‘Women Is Losers’, Not When it Comes to Toxic Relationships

Sundance 2021: Why ‘A Glitch in the Matrix’ is a Complete ‘System of Failure’

Fantastic Fest 2021 Returns for the Year’s Biggest Celebration of Genre...