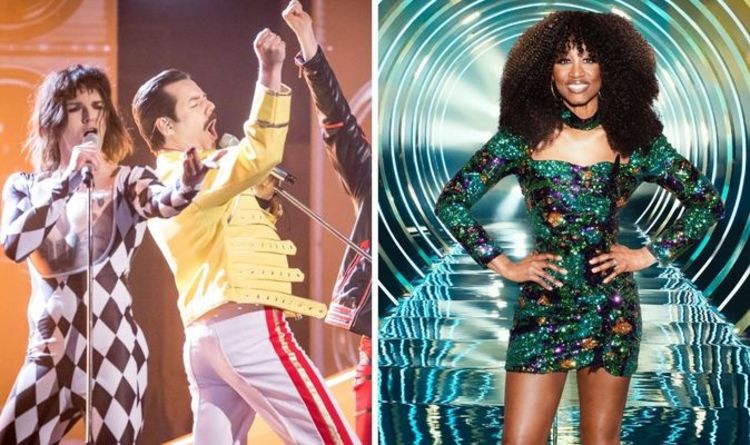 Musical theatre legend Beverley Knight is joining Sheridan Smith, Jason Manford and Adam Lambert as a judge on Starstruck. The new entertainment show hosted by Olly Murs, which lands on ITV this weekend, will see contestants transform into the world’s biggest music icons in a bid to win a cash prize. Ahead of the series airing, Beverley revealed the reason why filming the series was so emotional at times.

Each week, four teams of three people dressed as megastars will be battling it out to win the vote of the judging panel and virtual audience for a place in the final and to be in a chance of winning £50,000.

Contestants will be transformed into the likes of Amy Winehouse, Marvin Gaye and Ariana Grande.

Each team will be dressed as the same icon and will have to stand out the most in order to make it through to the next stage of the show.

Beverley recently spoke to Express.co.uk and other media about judging the series, explaining she is at her happiest when watching others perform.

READ MORE: This Morning fury as guest claims Zouma backlash is ‘over the top’

“There might be a single mum looking after their daughter and they have this fantastic talent and they get to dress up and go on stage.

“And once they finish performing, just seeing the joy in their eyes, that gets you and it gives you all the feels.

“I defy anyone to watch the show and see the big transformations and not think, ‘Wow, you are living your best life in front of the whole nation.'”

Although she could not give too much away, she did tease how much some of the contestants looked like their icons before they even transformed into them backstage.