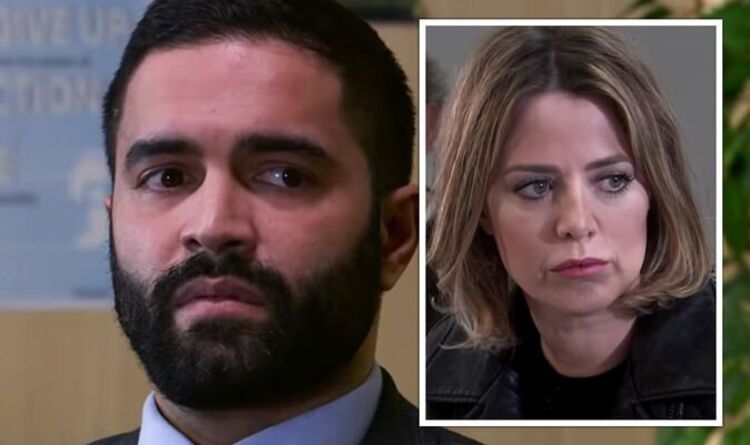 According to official Coronation Street spoilers, Imran Habeeb (played by Charlie De Melo) is set to resort to dirty tricks in order to gain custody of his son Alfie. Fans of the ITV soap will know Abi Frankin (Sally Carman) has been fighting for custody of her son alongside Imran after she gave birth not realising she was pregnant. If Imran wins the bitter custody battle, will Abi try to flee the cobbles with Alfie to raise him away from his father?

Toyah Battersby (Georgia Taylor) recently broke up with Imran after she discovered he has secretly fathered a child with Abi.

ITV soap spoilers have confirmed the character’s heartbreak continues next week when she has to give up her foster daughter Elsie.

Until recently, Toyah and Imran were intending to adopt the youngster together.

However, the social worker ruled out the possibility of Toyah adopting Elsie as a single parent as they thought it was not in Elsie’s best interests.

Meanwhile, Abi tells Kevin Webster (Michael Le Vell) she wants to return to work so she can afford to buy more things for Alfie.

However, she is soon left stunned when she discovers Imran is planning to fight her for custody of their son.

Determined to raise Alfie, Abi meets up with her solicitor and tells him she wants to apply for full custody.

A fearless Abi later approaches Imran and reveals her intention to fight him all the way for custody of Alfie.