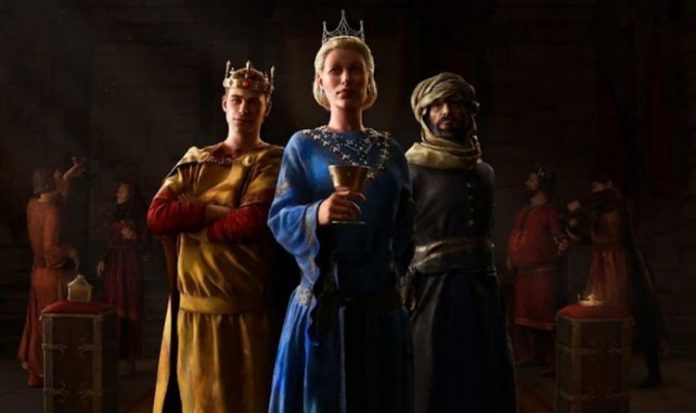 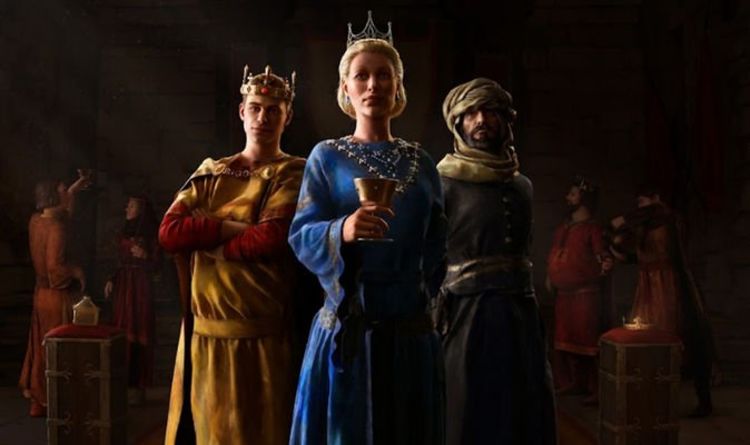 Crusader King 3 Royal Court is arriving early next year as part of the first expansion package from Paradox Games.

Royal Court does more than just add a throne room to the game’s already chunky features list, but it will be one of the most noticeable changes made to the game.

Paradox has plenty of other tweaks planned for the new expansion, which is scheduled to release on February 8, 2022.

“What is a king or queen without a throne room? All of history’s grandest rulers had a place to welcome guests and display their majesty. Soon, Crusader Kings III players will have new ways to manage their courts and build the most prestigious dynasty in history.”

“Royal Court is the first major expansion for Crusader Kings III, the award-winning grand strategy role-playing game set in the Middle Ages. Starting on February 8, 2022, armchair rulers and aspiring emperors will be able to accumulate artifacts and build new kinds of nations in one of strategy gaming’s deepest blends of politics, intrigue, and rich character-driven stories.”

As mentioned above, The Throne Room will be one of the most eye-catching additions, providing a visual representation of your royal court that will reflect all the accumulated majesty and prestige of your dynasty.

Players will also be able to hold court and interact with vassals and courtiers as they come to you with their problems, seeking a royal judgment.

You will be able to lavish your favourites with better food and trappings and will make it easier to impress your rivals.

One feature that will interest long-term fans is the introduction of Hybrid Cultures, making it possible to create a new way of life that is specifically adapted to your population and geography.

This will also fit into the new Cultural Divergence system that will allow you to split from your traditional culture and adapt it into something new that better fits your aspirations.

The early patch notes for these specific changes can be found below and include the following changes:

Make the most of a multicultural realm, developing a new way of life that is specifically adapted to your population and geography,

Split from your traditional culture, adapting it into something new that better fits your aspirations,

Each Cultures have different levels of Acceptance towards each others. Two cultures will have the same Acceptance between them, Cultures will consist of an Ethos, Traditions, and Pillars.

An Ethos defines a Culture; Such as Bellicose, Stoic, Inventive, Spiritual, or Courtly. These will have a wide range of niche effects that will affect your day-to-day experience.

Traditions are bonuses your Culture has such as military bonuses under certain circumstances, more productive farms depending on geographical areas. A Culture can have up to 6 Traditions and you can pay Prestige to add Traditions to your culture (6 max) if you have free slots for them. AI will adopt Traditions that “naturally fit” their Culture.

Pillars lie between Ethoses & Traditions. They determine the style of your culture such as your clothes, your names and architectural style. It determines your Heritage.

It is possible to hybridise two cultures by spending Prestige. You will be able to choose its name, colour, Ethos, Traditions and Pillars. AI will also strive to Hybridize. As an example, the Seljuks will be likely to create a Turko-Persian Culture.

You will be able to break away from your current Culture. Culture Divergence costs Prestige and allows you to pick a new name, colour and Traditions. Culture will change at a slower pace than Faiths do – it’ll be gradual over time, tradition by tradition. Though sometimes larger shifts can occur due to isolation, or as the result of two different cultures intermingling.

The CK3 expansion will also arrive with a fresh update for everyone to download, that comes with its own list of features and tweaks.