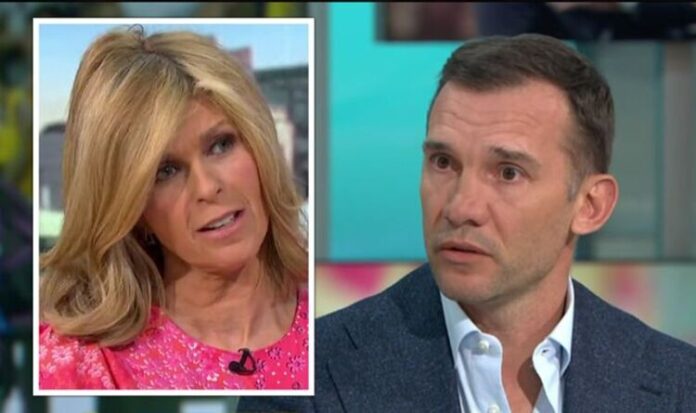 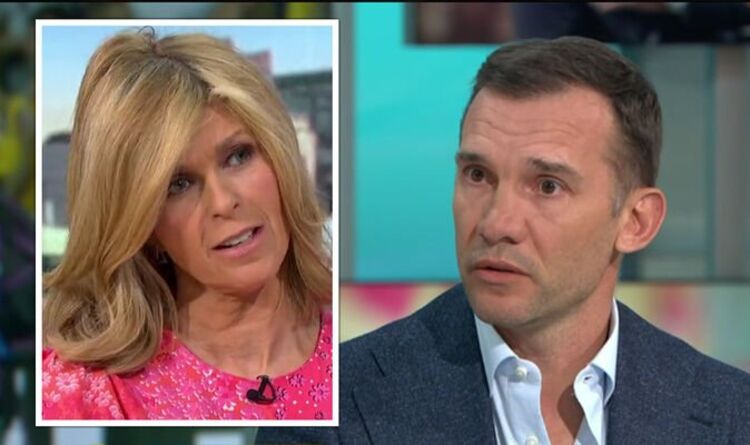 The former Chelsea striker appeared on Friday’s instalment of Good Morning Britain after announcing he will house child refugees in his London residence. However, many viewers were left seething after presenters Kate Garraway and Ben Shephard probed the Ukrainian about billionaire Russian oligarch Roman Abramovich who has had all his assets, including Chelsea Football Club, frozen after being placed on the UK sanctions list.

Andriy, 45, recently announced he will help 150 Ukrainians settle into the UK as their county continues to be attacked by Russia.

However, Kate turned to the topic towards Roman after his initial attempt to sell Chelsea Football Club was halted as he was sanctioned following the Ukraine crisis, with the billionaire believed to have “strong ties” to Russian President Vladimir Putin.

Kate began: “You are a footballing legend, but you will be known to people for your time at Chelsea when Roman Abramovich bought you in.

“Presumably, you worked with him, he was a massive supporter of you, you were a huge signing.”

She continued: “It’s right at the heart of the awfulness of this – you’re Ukrainian, your family are in peril, and yet Roman Abramovich is Russian.

“How do you feel for your former club and the tensions about the loss of him from the club?”

The footballer replied: “It’s an incredible club and especially because it has incredible fans.

“I know it’s a difficult time for them, but I’m sure they’re going to come through.”

Andriy exclaimed: “I have a chance to appeal to all the fans to play your part, do whatever you can to help Ukrainian people, they need peace.”

However, Kate continued to push for answers, adding: “We’re going to come on to your campaign in a moment, but if you were still playing at Chelsea and heard fans chanting Abramovich’s name, how would that feel?”

Andriy appeared reluctant to speak about the controversy with Roman, explaining: “I know in Russia so many people who are against the war. Speak out. Go on the street. Send the message. The world wants peace.”

Ben interjected to bring the attention back towards Roman, asking: “Would you prefer Chelsea fans weren’t shouting Abramovich’s name or are there mitigating circumstances do you feel?”

Determined to turn the conversation back around to the humanitarian crisis unfolding in Ukraine, Andriy stressed: “I’m here to send the message across the world and also touch the hearts of the people who support my country.

“To help to bring peace in my country, because the situation is very difficult. [They’re] not even opening humanitarian corridors.”

He explained he knows families who have had to stay underground for weeks and are in desperate need of medical supplies.

ITV viewers found Kate and Ben’s questions “insensitive”, with many taking to Twitter over the interview.