The Plaintiff, Tanya Zuckerbrot, MS, RD, is an internationally-known dietitian, a two-time bestselling author, and the creator and CEO of the renowned F-Factor Diet—a liberating and sustainable approach to weight loss and optimal health based on scientifically proven fiber-rich nutrition.

The F-Factor diet is a weight loss plan that advocates for eating carbs, dining out, drinking alcohol, and working out less.

F-Factor also has a line of Fiber/Protein powders and bars, which are what Gellis claimed contain arsenic.

Pursuant to the Complaint, filed in New York State Court, the timeline of Gellis’ alleged behavior and online bullying began on July 22, 2020 and continues over a 75-day period.

Gellis, 34, is who pursuant to the legal complaint, has allegedly shared and anonymously re-shared messages on her Instagram profile, claiming that the F-Factor diet program causes intestinal damage, heart attacks, and death. Basically, Gellis was running her mouth saying that the protein bars contained arsenic. Zuckerbrot claims any and all rumors related to that are false.

Zuckerbrot’s lawyers say that her husband Anthony Westreich contacted Facebook, the owners of Instagram, claiming that Gellis had violated the company’s community standards. But “despite extensive efforts by Zuckerbrot and F-Factor, no action was taken to remedy or cease the continued abuse,” the lawsuit states.

But are you really surprised? Instagram via Facebook almost never addresses these very real harms that it visibly encourages simply due to its inaction to get involved in “free speech.”

Among many other instances, the complaint specifically references an instance where Gellis allegedly shared a story from one woman claiming that the high-fiber diet caused her miscarriage. It’s worth mentioning that the woman later recounted her story and shared that it was a lie. But once words are out there, there’s no turning back. The damage is done. Lie or not.

Under New York Law the law, defamation lawsuits are pretty difficult to win, primarily due to the insufficient proof of showing both “falsehood” and damages. To bring a defamation claim under New York law, the complainant must show that a (1) false statement was (2) published to a 3rd party (3) without privilege or authorization (4) with fault amounting to at least negligence, and (5) that caused special harm or defamation per se

Specifically, the false and defamatory statement about another person must be published/shared with a third party that does not include the person subject of those statements. The “damage” is that the person has been defamed and as a result, treated differently by society.

This usually occurs through slander, or spoken statements, and libel, which are written statements.

Today, it is readily apparent that these social media platform companies cause enormous and serious financial and emotional harm to third-party individuals and businesses, and despite the Terms of Service, don’t have the time to actually work with users.

If anything, they are no different than the aggressors themselves, to an extent, for blatantly turning a blind eye to the behavior and relying solely on an infant algorithm that has no legitimacy for truly addressing online bullying and defamation.

For more information on the lawsuit, you can email Andrew at andrew@rossowlaw.com.

Apple could launch macOS 11 Big Sur in weeks, is your...

Rhea Chakraborty’s judicial custody to end today with regards to the... 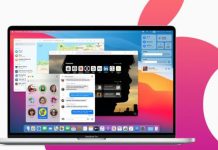 Apple may reveal its biggest MacBook change ever, and you’ll need...