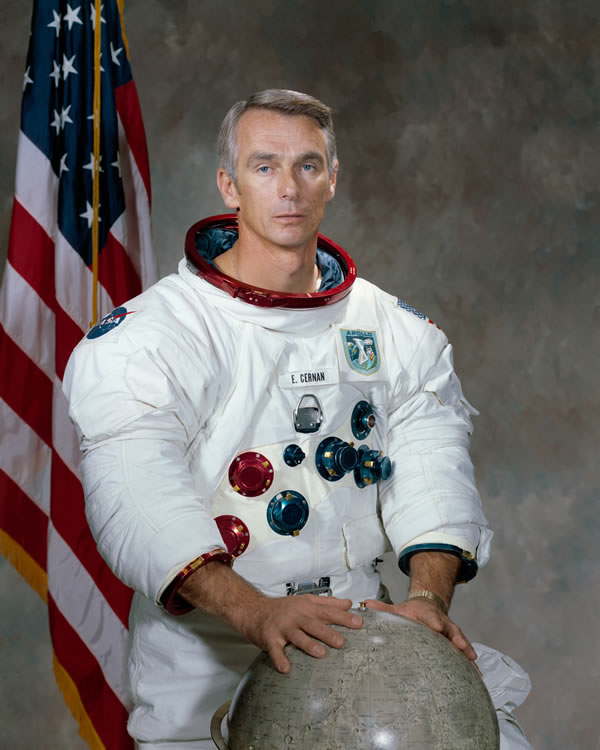 Eugene Cernan (Gene) the last human to walk on the moon died on Monday morning at the age of 82.  Cernan was the commander of Apollo 17 in Decemeber of 1982.  Appollo 17 was one of the last lunar mission and of one the final Apollo flights.

His quote would become as Famous as Neil Armstrong’s first:

“…America’s challenge of today has forged man’s destiny of tomorrow, and as we leave the Moon at Taurus- Littrow, we leave as we came and, God willing, as we shall return, with peace and hope for all mankind. Godspeed the crew of Apollo 17.”

Gene was recently the subject of a documentary “The Last Man on the Moon” that came in 2014. During the documentary Gene was very critical of the cutbacks in the space program and how the historical NASA rocket launch site had been let go and was in atrocious condition.

The cause of Cernan’s death is yet unknown.