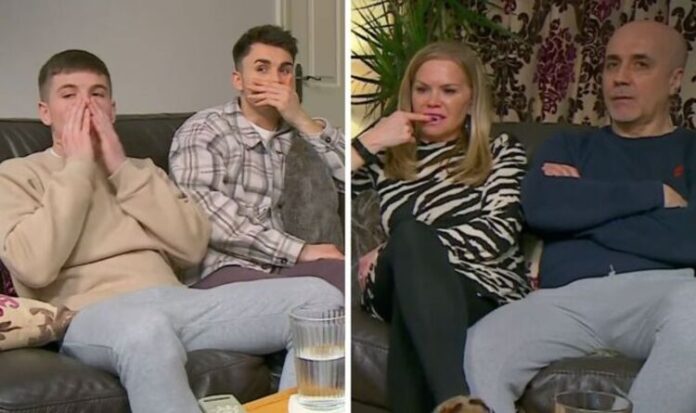 On Friday night, Channel 4 viewers tuned in to watch the latest instalment of Gogglebox. This week, the cast sat down to watch a number of shows including the likes of Crufts 2022, BBC drama This Is Going to Hurt and Formula 1: Drive to Survive.

However, viewers seemed to have the same complaints about Friday’s programme, with many claiming to be annoyed by the Baggs family.

Other viewers fumed about the content being shown on the series.

The family joined the programme in season 16, although they were nowhere to be seen for season 17.

It was later revealed that they were unable to film because of coronavirus.

Despite not being shown much in the episode, viewers still took to social media to air their frustrations.

@Justme2461 tweeted: “Can we offload the overbearing Baggs family. They are so false.”

While Scott added: “Thank god the Baggs weren’t on much this week hopefully they trying to weed them out slowly #gogglebox.”

Luckily, the family seem to take the criticism on the chin as George and Joe shared a light-hearted response on TikTok.

The duo have a huge social media presence between them. George has over 82,000 followers on Instagram, while Joe has 62,000.

The pair also include their mum Lisa in a number of their TikTok videos.

In one of George’s latest clips, he shared a clip of him and his brother dancing to the hit song Down Under by Luude.

As they dance in the video, George captioned the post: “Dan if you’re the most hated family on Gogglebox…”

His followers were quick to defend the family, with Courtney commenting: “No way! Love you guys on Gogglebox.”

Shelley Goodall penned: “Disagree as I love you all. Funniest family ever.”

While Amanda simply wrote: “I love you guys!”

Gogglebox airs on Friday at 9pm on Channel 4.