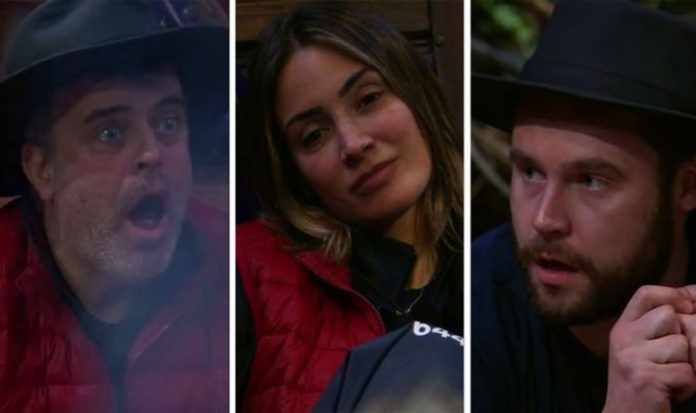 On Saturday night’s episode of I’m A Celebrity… Get Me Out Of Here! David Ginola became the latest celebrity to be evicted from Gwrych Castle. The former footballer came in fourth place in the ITV reality show. However, after watching David be eliminated from the competition, some viewers noticed something the remaining contestants all have in common. As a result, some fans took to social media to hit out at I’m A Celeb, suggesting the show was “fixed”.

As football legend David has been voted out of I’m A Celeb, there’s only three contestants remaining ahead of the grand finale.

Frankie Bridge, Simon Gregson, and Danny Miller are the final three celebrities left to fight it out in the race to be crowned Queen or King of the Castle.

However, some cynical viewers have noticed that all three finalists are the stars of ITV shows.

Soap star Danny is best known for playing Aaron Dingle in Emmerdale, having first joined the long-running show in 2008.

The actor quit his role in the ITV soap earlier this year, shortly before joining the I’m A Celeb cast.

Meanwhile, Simon is another ITV soap star, having played Steve McDonald in Coronation Street since 1989.

Finally, Frankie also regularly features on an ITV show as she’s a panellist on Loose Women.

After noticing that all three finalists work on ITV shows, some viewers hit out at I’m A Celeb on Twitter, claiming the results were “fixed”.

“As much as I love all three finalists, I can’t help but notice they are all ITV people. Could be seen as a fix. Any of them would make a good winner. #ImACeleb,” @MummyToADiva added.

However, some Twitter users came to the defence of I’m A Celeb, suggesting ITV viewers may be voting for the familiar faces they recognise from other programmes.

“It’s as if people who watch ITV shows will watch other ITV shows and vote for people they know and see on telly,” @IzabelMaciver said.

This comes after former campmate Nicola McLean claimed ITV bosses choose who their winner will be in advance.