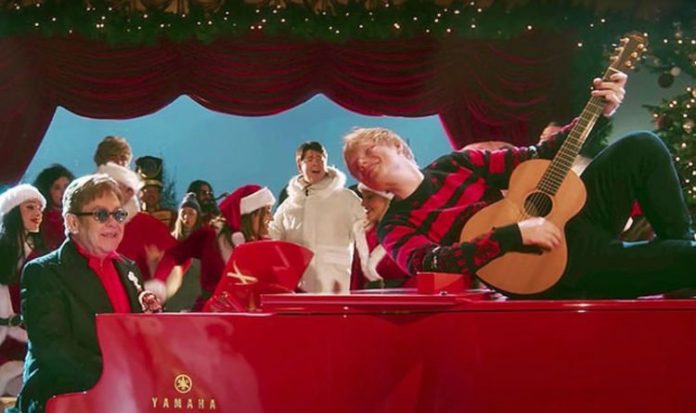 “It couldn’t be more festive,” Sir Elton tweeted when he unveiled the promo video yesterday. That is perhaps true of the video, but not the plodding, mid-paced song itself, which takes a maudlin minute-and-a-half to even reach its undercooked chorus. At least the promo film provides some cheesy fun.

Ed flies through the air with the Walking In The Air snowman, the Darkness impersonate 70s glam greats Wizzard. There’s a nod to Wham’s Last Christmas and East 17’s Stay Another Day.

Yet all of these classics had something Merry Christmas lacks ‑ either energy or poignancy.

There’s no joy in the song and certainly no memorable hook. Heavy airplay may drum this into us but it is decidedly more duff than plum.