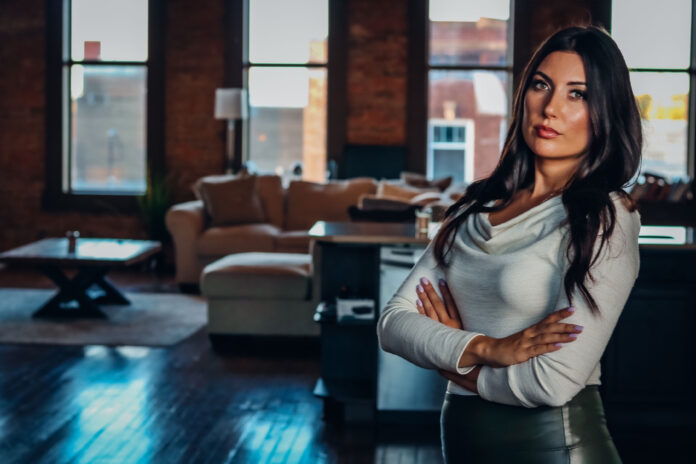 Ever wondered why men have more heart attacks than women? Or why the suicide rate in men is about four times higher than that of women? The truth is that the majority of men continuously give from ‘an empty cup’ and try to get something back by over-giving. In the process, they end up completely depleted or be where they did not want to be. This condition is called the ‘Nice Guy Syndrome.’

The Nice Guy Syndrome is a condition where a man cares more about other people’s happiness than their own happiness or becomes nicer to other people than they are to themselves. This syndrome causes health issues such as high blood pressure issues.

That is why Ashley has been at the forefront in helping tackle this syndrome eating into the fabric of society today. She is probably the only bold voice of concern in offering a different perspective to a huge problem that no one is talking about.

But why is this issue becoming a significant concern? The reason is that men are always expected to provide and protect at all costs. They do these roles to the extent that they forget to take care of themselves. So they end up to be a bunch of codependent dudes.

On the other hand, you will find that ‘bad boys’ are also not connected, fulfilled, or even happy but instead get their dopamine hits.

Surprisingly, women don’t feel if men are present in the body due to anxiety, they are there for them. So the women go into their masculine and are freaked out because they feel like they have a nice guy. Women have become blind to these challenges that men go through.

But what are some of the symptoms of people who suffer from the Nice Guy Syndrome? They include:

Ashley’s message to the world about the Nice Guy Syndrome is beginning to go viral, making headlines and disrupting many spaces. Like most recently, her message on Tik ok has gone viral like wildfire after hitting over a million views in under 24 hours, together with over 6,000 shares and 6,000 comments.

Ashley has understood how patriarchy has hurt most men and how childhood and societal programming cause the Nice Guy Syndrome in men. She understands that the majority of them may be suffering within them yet may not even be in a position to ask for help. That is why she helps them go into meditation.

She has the skills to help men go through their trauma. Her ultimate goal is to ensure she uses her gift to bring back men to their ‘rightful position’ in their life.

For more information, you can connect to Ashley Cox on the following social media handles.

Joy—The Light of Love: Find Out How to Tap Into the Powerful Energy of Joy with Kelley Cunningham

Bill Gates says why he prefers Androids to iPhones and ...

An Honest Review of the New and Improved Narwal Hybrid Robot