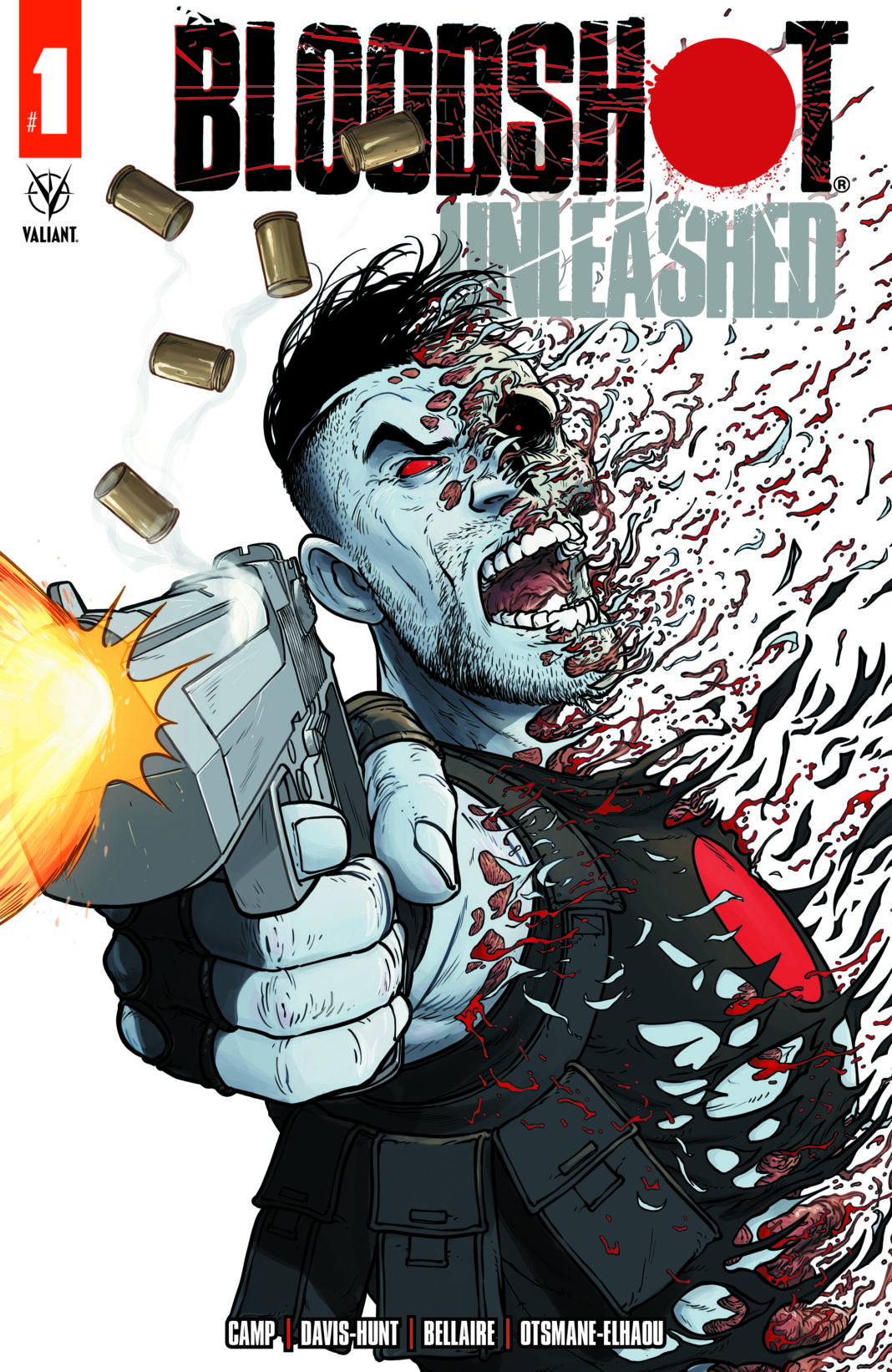 Why is Valiant moving so quickly with the BLOODSHOT UNLEASHED release? Rumor has it nanites are making a big comeback. Valiant’s BLOODSHOT was both a massive success and an unexpected trailblazer for blockbuster films at the start of the pandemic and now it looks like the iconic franchise is gearing up for an explosive return.

With the all-new first ever Mature Rated series BLOODSHOT UNLEASHED debuting in September already garnering critical and fan acclaim, along with recent developments for the live-action Harbinger film, the action franchise Bloodshot is more ready than ever to continue in cinemas.

Staring in the titular role of Ray Garrison aka the nanite-supercharged “Bloodshot”, Vin Diesel has signed on for the sequel and continues to post on social media for the franchise alongside co-stars Guy Pearce, Lamorne Morris, and Sam Heughan. Valiant also recently announced a new wave of action figures with threezero starting with Bloodshot and is making headlines for its growth into novels, digital collectibles and film/TV. It’s clear they are priming the character for an epic return to theaters.

Originally launching in March of 2020, the first BLOODSHOT film quickly found unprecedented success while paving the way for an at-home release schedule that proved to be a blueprint for future releases in the industry. With critics like IGN saying “there is more than meets the eye” with BLOODSHOT and the 78% audience score from Rotten Tomatoes, a sequel is sure to bring that success to the next level.

The return of Bloodshot is all but inevitable now, the only question is when we will see the Valiant property return bigger and badder than ever before.

How the Accutron Spaceview Watch From 1960 Changed the World