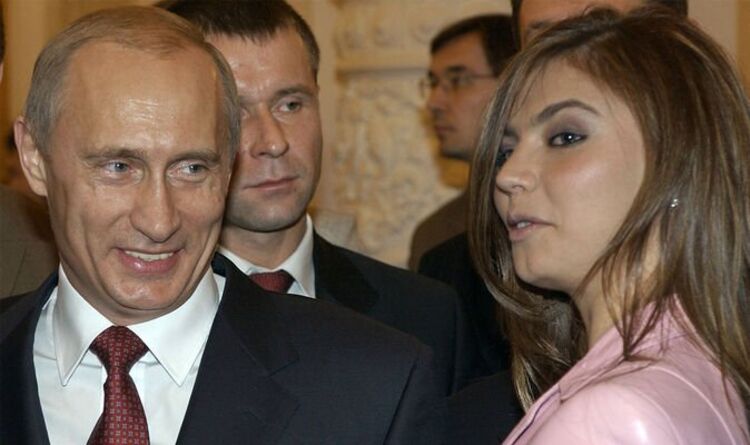 Vladimir Putin has come under pressure after Russia‘s troops failed in their objective to quickly take over large chunks of Ukraine at the start of the invasion. The Daily Mirror editor suggested the Russian President might now be facing “additional” pressure from his alleged secret family, who is claimed to have been sheltering in Switzerland. Speculation about Putin’s relationship with former gymnast Alina Kabaeva has been rife for over a decade but no confirmation was ever given about how acquainted the pair really is.

Speaking to Lorraine, Ms Phillips said: “It is believed his mistress, might even possibly be his wife, is living in Switzerland with their four children.

“She was a top gymnast in Russia, she was regarded as Russia’s most flexible woman at one point.

“Switzerland have already introduced sanctions, neutral Switzerland normally doesn’t get involved in anything.

“It must be slightly uncomfortable for the mistress and the children. And also, children would have seen what’s going on.”

READ THE LATEST IN OUR RUSSIA-UKRAINE LIVE BLOG

She continued: “So all of this additional pressure it’s been brought to bear on somebody like Putin that it’s unacceptable across the world.

“So what’s that relationship like? What’s his mistress saying when she brings it up?

“And she’ll be seeing it on the BBC and the news bulletins. What happens there?”

According to various reports, Kabaeva has been sheltering at a “luxury and very private” chalet in Switzerland since the start of the war.

The former gymnast turned politician has long been linked to the Russian leader, and reports have suggested the pair share 7-year-old twin girls and possibly two sons.

Speaking to Page Six, an insider said: “While Putin carries out his assault on Ukraine, attacking innocent citizens and causing a refugee crisis, his family is holed up in a very private and very secure chalet somewhere in Switzerland — for now, at least.”

Speculation about the relationship between Putin and Olympic gold-winning Kabaeva grew exponentially since the Russian president divorced from wife Lyudmila Aleksandrovna Ocheretnaya after 31 years.

Russian newspaper Moskovsky Korrespondent ran a story in 2008 claiming the Russian leader’s marriage had ended and he had moved in with Kabaevna.

The Government denied the claims and the paper was shut down.

Putin has notably always been private about his personal life and details about his family are scarce.

In 2018, he reportedly said: “I have a private life in which I do not permit interference. It must be respected.