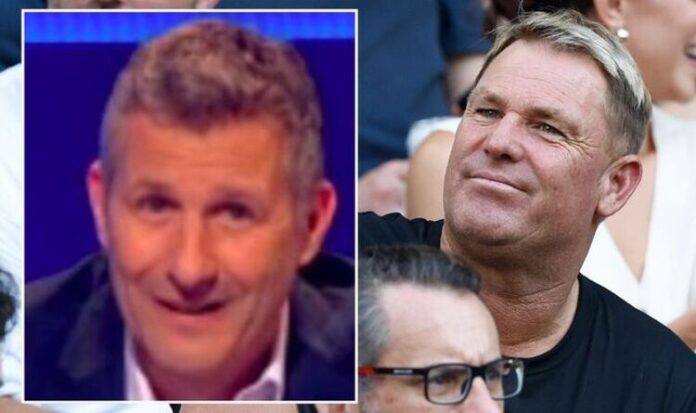 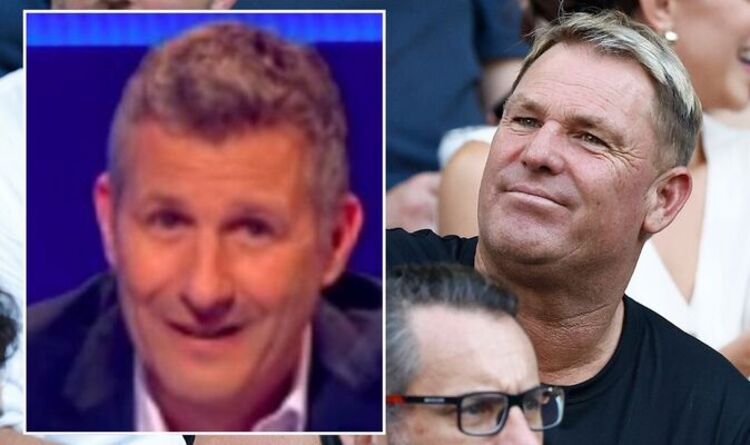 Stand-up comedians Tom Allen and Hannah Gadsby joined presenters Adam Hills, Josh Widdicombe, and Alex Brooker to dissect the biggest news stories on The Last Leg. After an eventful episode, host Adam responded to viewers who had criticised the show on social media for not having paid tribute to the legendary cricketer Shane Warne. Widely regarded as one of the finest bowlers, the batsman had died from a suspected heart attack at the age of 52. Responding to the critics on Twitter, Adam told Channel 4 viewers about a subtle gesture that had been included on the show, unbeknownst to fans at home.

A cricket ball had been shown in the background of the shot, which Adam explained: “had moved from the right side of the screen to the left [during the show] as Shane would have wanted it”.

“That was our little tribute to him,” he said.

The TV personality went on to take a playful swipe at viewers who hadn’t noticed the gesture, saying: “All though, very appropriately, a whole bunch of English people didn’t see it.”(sic)

Shane had taken 708 Test wickets, the second most of all time, in 145 matches across a stellar 15-year international career.

Shane previously made the decision to retire from first-class and List A cricket. After a seven-year stint with Hampshire, with whom he had captained since 2004, the cricketer had decided to step down.

Taking to Twitter, people had poured in with tributes to the late star after the announcement of his death came on Friday.

“He brought such joy to the game and was the greatest spin bowler ever.”

While the Prime Minister of Pakistan, Imran Khan stated: “Saddened to learn of the sudden passing of cricketer Shane Warne, a bowling genius who took the art of leg spin to new heights.

“He will be missed across the cricketing world.”

Devastated by the loss, fellow cricketer and close pal Shane Watson remarked: “I am numb!!!

“My hero, my mentor, my great friend, Shane Warne is no longer with us. Warnie, the impact you had on this great game and everyone around it is immeasurable.

“I am going to miss you so much. Rest In Peace SK.”

Danii Minogue posted a picture of her with the cricketer, saying: “I am devastated to wake up to the news that Shane Warne has passed.

“My heart breaks for his family and friends.

“He was such a light and energy in the room. He was always lovely to my whole family,” she told her fans.

The Last Leg airs Friday on CHannel 4 at 10pm