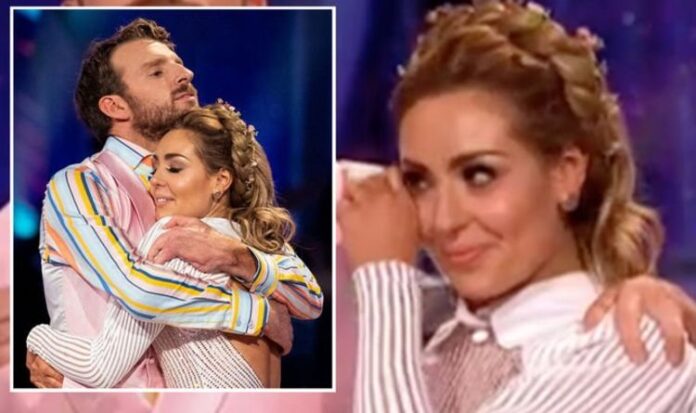 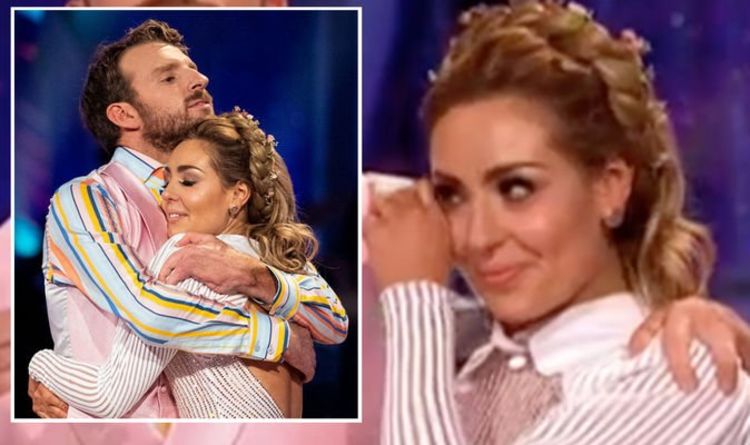 JJ Chalmers and Amy Dowden became the sixth couple to leave Strictly Come Dancing tonight after battling it out with Jamie Laing and Karen Hauer. The former Royal Marine Commando found himself at the bottom of the judges’ leaderboard on Saturday and the public vote was not enough to save him from the dance-off. However, JJ used his exit from the competition to highlight Amy’s health battle and praise the professional dancer as she broke down in tears.

JJ and Amy performed their Chitty Chitty Bang Bang inspired Charleston while Jamie and Karen repeated their Jive to Everybody’s Talking About Jamie.

After both couples had danced, Craig Revel Horwood, Motsi Mabuse and Shirley Ballas delivered their verdict.

Craig revealed: “Well I think both couples danced to the best of their abilities and both couples upped their game considerably.

“But for me the best couple on the night that I would like to go through to semi-finals – Jamie and Karen.”

Motsi disagreed: “I actually think we saw two different dancing styles which both have their own qualities; both energetic, both so great at this dance-off – very difficult decision.

“I saw a little hiccup with one dance, so I’m saving JJ and Amy.”

It was then left to head judge Shirley to make the final call.

She said: “Both couples lifted their game, I adored both performances very very much, and both couples made small mistakes, both couples.

Addressing Amy’s battle with Crohn’s disease, JJ continued: “She’s lived through so much in her own right in fairness and I know that any day she can wake up and she could be hospitalised essentially so she lives fearing she’ll let people down.

“But the way you’ve built me up, you could never let me down.”

Amy added: “Aw JJ it has been an absolute honour to be your partner and most importantly friend, throughout your Strictly experience. He is, and everybody would agree, one of the world’s most truest gentlemen.

“I honestly believe from working with JJ over the last few months I’ve become a better person and I’ve learned so much.”

“The way he faces challenges with such strength and determination, you have helped me for the rest of my life on how to face my own personal challenges.

“And honestly I’m so proud of every single step you’ve performed on this floor, I just had the best time.

“I didn’t think I could possibly fall in love with Strictly any more and this year my heart is just beaming full of Strictly and that’s down to absolutely everybody and I love you all.”

Strictly Come Dancing continues on Saturday on BBC One at 7.25pm.