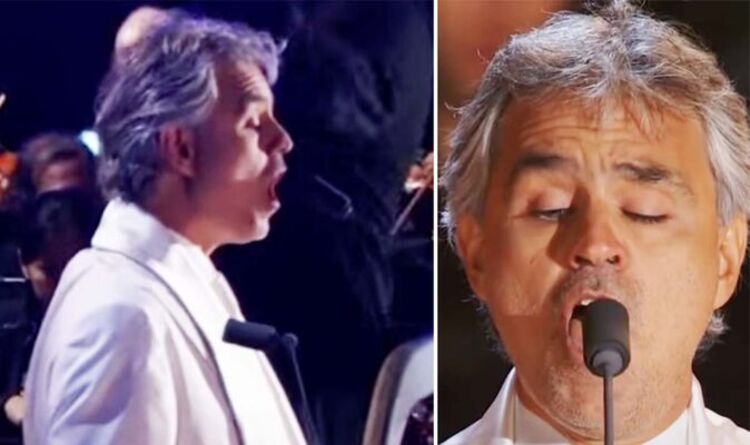 Back in 2011, Andrea Bocelli performed one of his most iconic concerts in Central Park, New York. The Italian tenor was dressed in white as he was accompanied by the Westminster Symphonic Choir and New York Philharmonic Orchestra. The evening was dedicated to the memory of his late father, who had away dreamed of going to the city. SCROLL DOWN FOR O SOLE MIO VIDEO.

That evening, Bocelli also duetted with the likes of Celine Dion, Tony Bennett, David Foster and Chris Botti to an audience of over 70,000 people.

Remembering the special occasion he said: “That was a memorable milestone in my career. One of its highest and most emotionally overwhelming moments. A mega-show that took 16 months of work, as well as a brave and ambitious artistic undertaking. A concert that went on to become my first fully live album, for which every note was recorded live, without a safety net.”