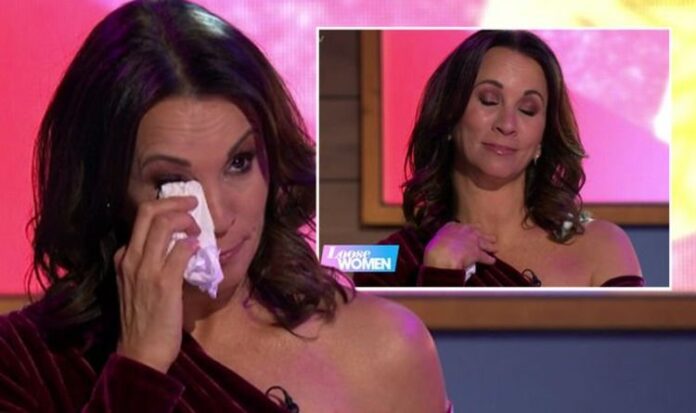 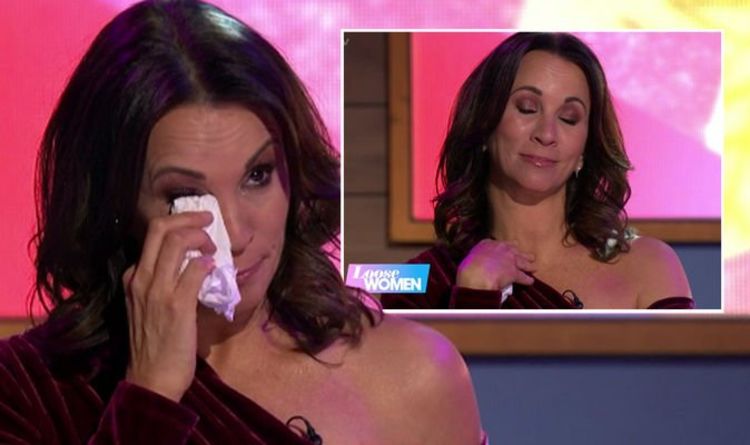 Andrea McLean, who has been a host on Loose Women since 2007, bid farewell to the ITV panel show on Wednesday. The host looked back on her time on the show with panellists Janet Street-Porter and Coleen Nolan with messages from her ITV family also being shown. It all became a bit too much for Andrea as she broke down in tears when Brenda Edwards entered the studio to sing My Girl.

With just minutes of the show left, Andrea said she was glad to have been part of Loose Women and promised she would return in future.

She told her fellow panellists: “Can I just say being on Loose is like being on a real life soap opera.

“There are highs and lows, and there’s drama. I’m like the landlady of the Rovers Return.

“I’m handing over my bar but I’ll be back for my Chardonnay. That’s it from me, goodbye!”

Andrea’s final show was certainly an eventful and emotional affair with the TV host “breaking the rules” with her outfit for her last episode.

Opting for a crushed red velvet gown, she looked incredible, but admitted she had broken rules by wearing the off-the-shoulder number.

Chatting about the phrase “mutton dressed as lamb” she declared she didn’t care what anyone thought about her wardrobe.

“It’s really weird, it’s like coming to your own wedding and funeral at the same time,” she commented.

“I have no idea what’s going to happen today.”

Andrea, who announced she would be leaving the show earlier this month, previously said she was “dreading” her final episode.

Earlier this week, she told the panel: “I’m making jokes as I’m trying not to think about it, because if I think about it I’ll cry.

“Only one sleep! I know, I know… God, yeah. I’m just kind of dreading it because [the producers] won’t tell me what’s happening tomorrow.

“So I’m gonna be sitting here hosting a show with no idea what’s coming up – can’t wait!”

Andrea said of her decision to step down as a Loose Women host: “ITV have been amazing. I’ve been anchoring Loose Women for 13 years now.

“I’ve been part of ITV daytime for 23 years, and actually the team have been so wonderful, [asking] ‘Can we help? Would you like less so you can focus on your business?’”