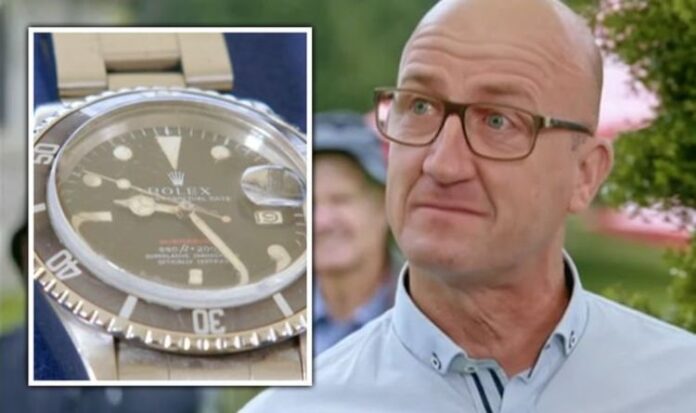 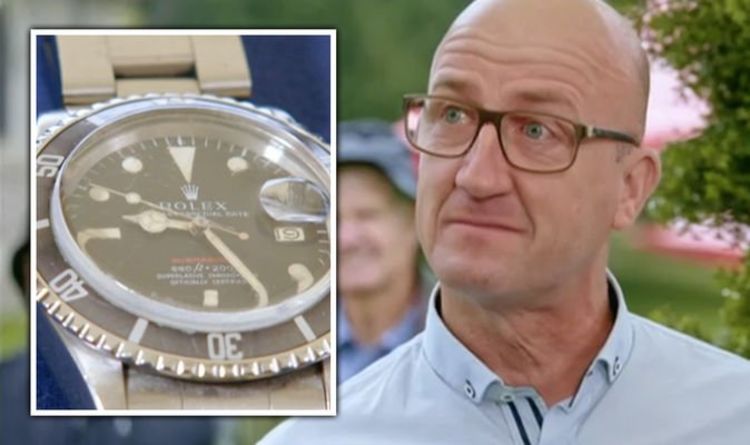 One guest in tonight’s Antiques Roadshow broke down on the BBC show after being told his late father’s Rolex was worth £20,000. Expert Richard Price was thrilled to learn about the touching story behind the item and left its owner speechless when he revealed the Rolex’s value and the origin of the piece.

Richard began: “Well it’s got to be the wettest day of the year so far so it’s just as well you’ve arrived with a really good waterproof wristwatch, a Rolex Submariner.

“Now before I ask you all about it I’m just going to tell you one or two things.”

“This is the Submariner date, and was introduced in 1967 and it had the word Submariner written in red, which is why collectors today call it the red Submariner. Nine, 10 years later, all that writing was in white. When did you get this?”

“It was my dad’s watch,” the guest replied. “He bought it for himself in 1972, when I was seven and me, my mum, my dad and my brother went to Birmingham to buy it.

“My dad passed away in October, and he gave it to me a couple of months before he passed away.

“It means absolutely everything to me, it’s a part of my dad, a very very special watch and it will be forever.”

“Within that 10 year period this watch was made with six different types of dial but the important thing to see is that yours has feet first.”

“The first three dials, it was metres first and we refer to those as marked one, two, thee. Yours is a mark four dial and it’s the first of the three different dials with feet first,” he continued.

“It’s a lovely watch, and this looks like the original invoice and receipt. [It was bought for] £132?”

“Yes £132, a lot of money,” the owner remarked and the expert added: “We’ve got two straps here because this clearly is not the original so he had the straps changed throughout his life.”

“Yes he had it serviced a few times,” the guest said and Richard explained: “The reason I think that this could be the provisional one that it was fitted with is because you’ve got a date on there and it says, 271, the second quarter of 1971.”

“And this might well have been another strap that was changed some years later, and this one’s a bit later 472,” he said.

“So obviously it was made later than the watch was bought, fantastic to have those two straps and on their own, they’re worth a chunk of money anyway.

“Submariner, one of a 10-year production with a mark four dial, with the receipt, and the straps, and I hope you guys are going to be really, really pleased with this.”

The owner was left speechless with the news and broke down in tears.

“So it’s something that you’ve obviously loved and you’re going to keep forever, aren’t you?” Richard asked. “And it was your dad’s and I think that’s a lovely story and a great inheritance.”

Antiques Roadshow continues on BBC One on Sunday at 7pm.