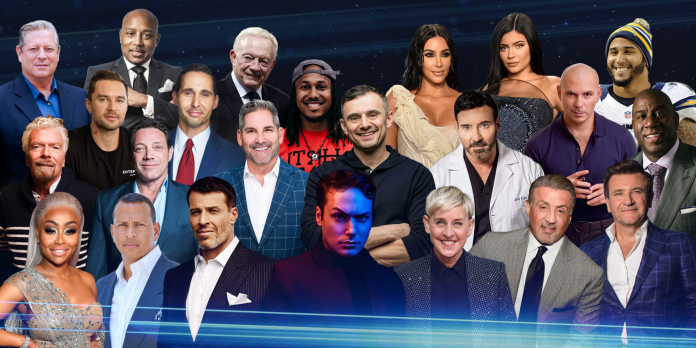 Human behavior is often cryptic. There is an ostensible, rational, self-declared reason why we do things, and there is also a cryptic or hidden purpose. Learning how to disentangle the literal from the lateral meaning is essential to solving cryptic crosswords, and it is also essential to understanding human behavior and the science behind why we buy.

Psychology on its own is powerful – when you understand how people’s minds work, you understand the reasoning behind behaviors. You can see why people would react in the way they did, and also how to expect them to react. Dark psychology is no different – Dark psychology encompasses the study of the minds of those who are ruthless, exploitative, and manipulative. It looks at the minds of the people who are out there to get their own selfish interests met through any means necessary; narcissists, psychopaths, sadists, and other minds that have a tendency toward manipulation have been studied to see what makes them tick, why they do it, and more importantly, how they manage to get others to do exactly what they want.

“80 percent of success is psychology, 20 percent is mechanics. Don’t get me wrong, I am a strategist. The right strategy could save you a decade but if you don’t have the right psychology, you’ll learn the strategy but won’t know how to apply it. Psychology is the driving force that creates an extraordinary business and an extraordinary life.” – Tony Robbins via Inc Magazine

These masters of persuasion may seem candy coated on the outside, but believe me, they all practice this dark craft.” – Athens Ramseyer of Sciential

Using The Dark Art & Curious Science For Good Not Evil

Dark psychology does not have to be evil, though there certainly are people who use it for that purpose. You can study it to protect yourself – when you understand how it works, you become less susceptible to it. You can use it in genuinely positive manners, such as using your skills in persuasion to benefit someone else and the world you live in. You can use it to get the results you want, or even to get better jobs and perform better socially. Just because people with dark personalities utilize the concepts within dark psychology for selfish uses does not mean you have to go down that same path yourself.

Those who do act upon their dark impulses usually do so to meet some evolutionary, primary instinct. Humans have the three: Sex, aggression, and self-preservation. These are survival instincts that are necessary to appeal to survival. Like a pack of wolves, or other carnivorous animals, those who allow their dark sides to rule them hunt with some sort of purpose. They take steps to minimize their own risks, calculating out their moves, and making sure their targets will be easier to overpower.

Over the years, Ramseyer had managed big names from various industries such as American entrepreneur Jordan Belfort who dubbed as “The Wolf of Wall Street” and Dr. Garth Fisher, who is world-renowned aesthetics doctor of the Kardashians. He also partnered with other famous personalities such as CNN and Fox News political strategist John Thomas, YouTube vlogger Cameron Fous, NFL Running Back Ryan Mathews, Inc. business magazine contributor Gene Hammett among others. He also made significant contributions to the branding of well-known businesses such as lodging industry giant Airbnb, Inc. 500 fastest growing company Trade-In Tech, global shipping and mailing service provider Fulfillment.com, and Organic Skin Lightener which is the supplement company of American model and entrepreneur Blac Chyna.

Ramseyer took his bachelor’s degree at the University of Washington with a major in Psychology. Studying psychology, it paved the way for him to understand better human behavior and the science behind how people make decisions.  Later, he studied the online Deep Learning course at Stanford University to learn how to lead successful machine learning projects.

Success Is Rarely Scientific – Even In Science

Athens says, Sometimes we grossly overrate ‘the pursuit of reason’, while at other times we misdeploy it. Reasoning is a priceless tool for reevaluating solutions, and essential if you wish to defend them, but it does not always do a very good job of finding those solutions in the first place. Maths, for instance, has the power to mislead as well as to illuminate. The inherent flaws of mathematical models are well understood by good mathematicians, physicists and statisticians, but very badly understood by those who are merely competent.

“To put it crudely, when you multiply bullshit with bullshit, you don’t get more bullshit – you get bullshit squared.”

In maths, 10 X I is always the same as I x 10, but in real life, it rarely is. You can trick ten people once, but it’s much harder to trick one person ten times.

Ramseyer added that although technologies keep on changing and evolving at a rapid pace, the human brain remains the same. He further added that brands could better influence the buying habits of consumers from a neurological viewpoint instead of from a technological standpoint. “Applying neuroscience by using brain and behavior research in marketing, advertising, and sales will help better understand the buyology of our sciential brain,” he continued.

The missing metric here is semi-random variation. Truly free markets trade efficiency for market-tested innovation that is heavily reliant on luck. The reason this inefficient process is necessary, is because most of the achievements of consumer capitalism were never planned and are explicable only in retrospect, if at all.

About 90% of people won’t get past the point of 10 secs of watch your video who don’t know you yet. Because they don’t care about you, they don’t know who you are so you have to prove to them why they care.

“Human beings, if you study neuroscience, will never exert energy on something they are uncertain about because humans care about when we expend energy. We want to get a return on the energy that we are going to put into something. If I tell you something about advertising and you’re not confident about it, then you have a really low probability to actually do it because you’d rather be certain about something so you can be sure that what you’re putting into it is going to be worth it.

We all have limited time here on earth, you could literally die reading this. So you’re constantly worried about that subconsciously.

Here’s what you actually see. How you get hypnotised for success. Dr. George Pratt, this is what he told me, I went back to look this up to validate it and it blew my mind. You have 20-40 neurons per second that fire off in your conscious part of your mind. The subconscious part of your mind has 20-40 MILLION neurons per second that fire off. The conscious mind, what you’re thinking right now while you’re interpreting my words is solely dedicated to the things you don’t understand. At all times. You never actually consciously think about anything you already know. Unless you actively think about it. Everything else your brain is constantly scanning for in real-time, those thoughts that you think you’re having, are just things you’re trying to figure out. Everything else that slips past you that you automatically interpret is through the subconscious mind,” Athens states.

“So you gotta understand something, I don’t care about your conscious mind when you’re watching this. I care about what the subconscious interprets. Because I’m trying to anchor data. With Digital Psychology Framing you’re establishing 3 social biases –

Your brain automatically interprets based on tonality, based on posture, based on large groups full of humans looking into one direction of somebody. Social proof, curiosity, and authority are naturally interpreted things. You do not think in your head “Is this person an alpha or a beta? Celebrity status or average joe?”

You instantly know in 1 second or less.
You don’t think “Does this interest me?”
You’re just naturally interested and then you try and figure it out.

So somebody who watches 10 seconds of this, there’s another bias called ‘Anchoring’.

When you anchor data, it means that the very first piece of data that you know is what drives the rest of your interpreted decisions about that thing. So if I show you something and I already established the fact that I am authoritative, I have social proof, and I made you curious, the next time you see me you automatically interpret those same thoughts and feelings. It’s a natural process.

You may be thinking if this isn’t a personal brand, does this still work?

You just have to figure out how to do it for your specific niche and specific products/services.

So to be clear, there is a paradigm shift once again, you are showing them content and not pitching them first. THIS CONTENT HAS NO CALL TO ACTIONS. NO CALL TO ACTIONS. NONE. Don’t slip your website in there. Working with Gene Hammett, an Inc. Contributor and only deals with the top 500 fastest growing companies in the country – I’ve gotten some real keen insight on what gets you on that 500 list and what keeps you one the 5,000 list. We connected after I placed Trade In Tech on the Inc 500 list back in 2018.  I can’t tell you how many consulting deals we’ve done with guys worth 100s of millions of dollars who ignore that detail in particular and still think they need to add a link or something in that first video. That ruins the whole thing. As soon as somebody thinks that they’re being sold. They block all the other information that’s coming into their head. If you thought I had a pitch at the end of this, you’d interpret the data coming out a lot differently. Same thing is on the internet. No different once again. Remember the stuff that happens in real life, is the same thing that happens online, you just don’t get the feedback so you don’t know,” Athens tells us.

Ramseyer said that “digital psychology is an effective tactic to influence their buying behavior and habits.” Most of the company’s sales online come from retargeting and customer segmentation. Sciential can help businesses in delivering a single, cohesive message to their target audiences.

For businesses that want to increase their digital footprint, Athens Ramseyer brings futuristic marketing that transforms a brand. To learn more, please send a message at expert@sciential.agency

All Roads Lead to ‘Fear Street’: The Fresh and Familiar Faces Headlining Our New Horror Trilogy

How SwipeSkins Transform Your Credit Card Experience With Their Metal Cards

All Roads Lead to ‘Fear Street’: The Fresh and Familiar Faces...