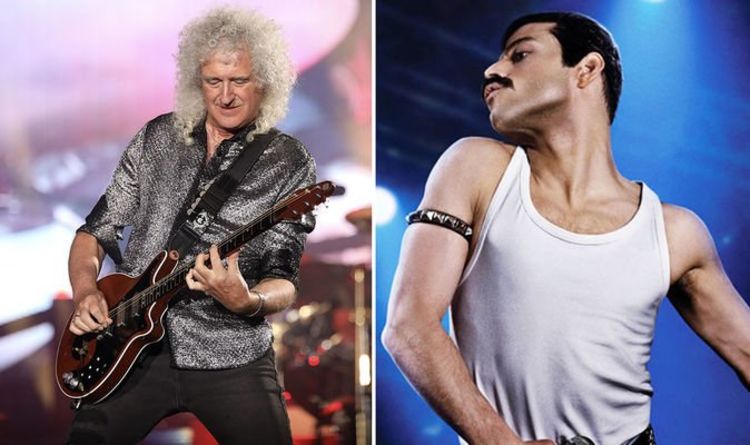 After years in the making, the Freddie Mercury biopic Bohemian Rhapsody took a whopping $911 million at the worldwide box office, defying lukewarm reviews from the critics. The Queen blockbuster went on to win Best Picture at the Golden Globes before taking more awards than any other movie at the 2019 Oscars, including Best Actor for Rami Malek’s sensational portrayal of the late singer. Hoping for more, fans know that since the movie ended with the band’s iconic Live Aid performance in 1985, it wasn’t the end of the story. But are May and the filmmakers ready to tackle Freddie’s final years?

Tragically Freddie died from AIDS in 1991, so a sequel could tell the story of the rest of his extraordinary life from Queen’s final tour in 1986 to the recording of their last albums.

Obviously, it would be tough to revisit memories of the Queen singer when he was unwell, but no doubt Brian May and Roger Taylor have fond memories of their pal’s resilient attitude to making the most of his final days.

Since Bohemian Rhapsody opened, the Queen guitarist has been open to the idea of a sequel, although like the drummer, has said since in interviews that it’s not the story they want to tell right now. Nevertheless, it sounds like the ball has finally begun rolling, as Brian shared a thrilling update with Express.co.uk in an exclusive interview.

We asked Brian: “What else could it be called but The Show Must Go On?” The Queen legend replied: “Ahhh…it’s a distinct possibility, isn’t it? I can’t say it’s a bad idea…”

Was that a knowing wink that that’s the title they would go for? It certainly would make sense. The song was the very last track on Queen’s 1991 album Innuendo, their last record to be released when Freddie was alive.

When recording The Show Must Go On, Brian remembered saying to his friend: “I don’t want you to strain yourself – this stuff isn’t going to be easy in full voice, even for you!”

Freddie’s response was as iconic as you would expect.

The tenacious Queen singer replied: “Don’t worry – I’ll f***ing nail it darling!” Freddie then downed a couple of shots of his favourite vodka and did exactly that.

As inspiring as his fighting spirit was, it would be undeniably emotional to revisit his final years on film. Brian and Roger were very clear that they were making the first film because they wanted to protect the legacy of their friend and the band’s own history. Making a sequel would require even greater sensitivity.

Brian said of Bohemian Rhapsody 2: “We continue to look at it and sift through ideas, but we haven’t made any actual progress, it would be fair to say.”

Most importantly, he added: “We definitely haven’t given up on the idea.”