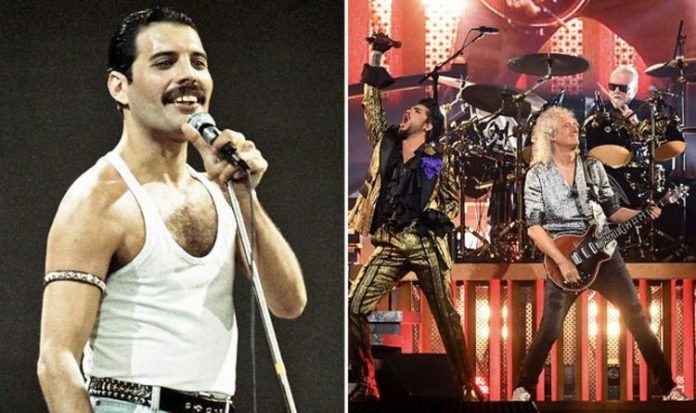 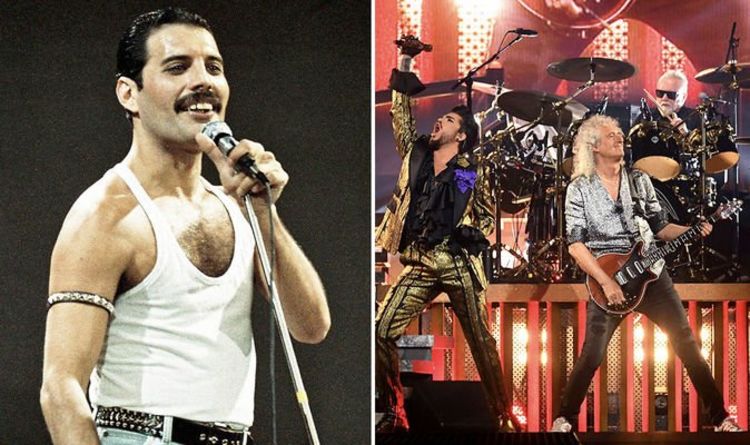 A few weeks ago, Queen and Adam Lambert announced their first live album in Live Around The World. Released on October 2, the record has already seen one single released, The Show Must Go On, which was performed Live at The O2 in July 2018. And now Brian May and Roger Taylor have teased another track from the album and it’s a Freddie Mercury solo classic.

Posting a snap of Adam Lambert on stage, May wrote on his Instagram: “And then there’s ….THIS !!! Trailer alert !!

“Don’t miss the Queen + Adam Lambert exclusive performance of I Was Born To Love You, taken from their headlining appearance of Japan’s largest rock festival, Summer Sonic, Tokyo, 2014!

“A final snip from the imminent LIVE AROUND THE WORLD album and DVD.”

Queen fans will know that I Was Born To Love You is a 1985 single from Freddie Mercury’s solo album Mr Bad Guy.

Following his death in 1991, Queen re-worked the song for their final studio album Made in Heaven, four years later.

Brian May, Roger Taylor and John Deacon played their instruments over Freddie’s recorded vocals, which turned the pop track into a rock song.

I Was Born To Love You made its live debut in 2005 when Queen and Paul Rodgers performed the song in January.

On releasing a live album, May said: “As we all grapple with the challenge of creating live shows in a world dominated by a formidable viral enemy, it seemed the perfect time for us to create a collection of hand-picked live highlights from our Queen shows over the last 7 years with our brother Adam Lambert.

“It’s a first! As you watch and listen to these tracks you’ll be journeying all around the world with us, and experiencing a complete virtual live set.

“The collection climaxes in Sydney earlier this year when, in support Fire Fight Australia, we recreated the complete Queen Live Aid set.

“It was a historic event for a great cause – with perhaps the highest adrenaline level since the original Live Aid in 1985. It makes me particularly happy that we can now share this unique moment with the whole world.”

Freddie Mercury: Jim thought he would get the house NOT Mary...