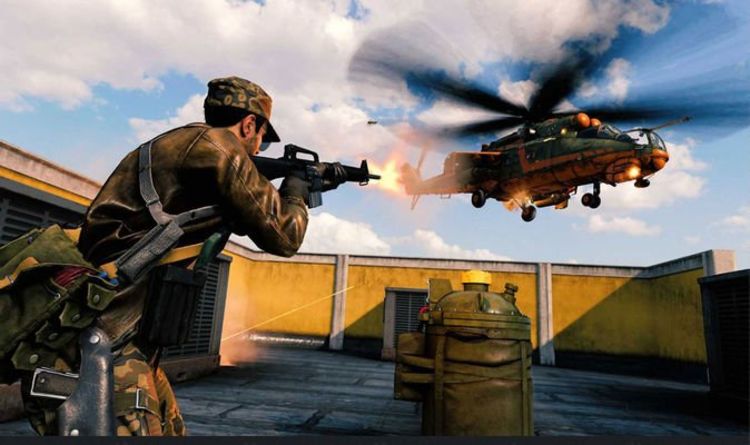 A series of Call of Duty updates are being released this week, with the biggest being planned Black Ops: Cold War and Warzone.

Activision confirmed last week that more content is coming to Cold War, in both multiplayer and Zombies modes.

Changes are also expected in Warzone, although it’s unclear if it will be on the same level, as we’ve already seen the launch of Rebirth Island and the Resurgence Mode.

The first patch has already gone live in Black Ops, with Treyarch confirming it was mostly focused on improving the PS5 experience.

“Get ready to level up those weapons when new game content drops this Thursday, including our newest 40-player MP map, Sanatorium, the all-new Dropkick 6v6 mode, plus Cranked mode and Free Access Week in Zombies.”

As mentioned above, plenty of new content is coming to Black Ops Cold War this week, including for both multiplayer and Zombies.

When it comes to Warzone, fans are hoping that there will be new fixes for the current issues affecting Verdansk and Rebirth maps.

Current issues include a Stim Glitch, which makes it possible to heal your character while staying in the gas, making it possible to win without needing to take on any other players.

Areas of Rebirth Island have also been noted to have glitches that can make it possible to turn invisible.

There are also problems with several weapons dominating the meta, including the DMR-14 and Mac-10.

Warzone gamers are hoping that another weapon rebalancing hotfix is being worked, but it’s unclear if something will be available this week.

According to developers Treyarch, the mid-season Call of Duty Black Ops: Cold War update will be released on Thursday, January 14, 2021.

Activision has not shared a launch time for the new Cold War and Warzone patch, but we can make a prediction.

Based on previous updates, Activision could launch its next patch at either 7am GMT, or 5pm GMT, on January 14.

Activision has also confirmed that there will be a Zombies free access week starting after the update, on January 14.

Here’s what we know about this week’s Black Ops update and what to expect in terms of content changes:

“Season One gets even bigger with new content in Multiplayer and Zombies. Get ready to drop into a massive new Fireteam map with your squad in Sanatorium, and fight for control of the nuclear codes in the all-new 6v6 MP mode, Dropkick.

“In Zombies, we’re turning the intensity up to 11 in the new Cranked mode, where every zombie killed resets the timer counting down to your demise.

“You and your squad will be airlifted in with a loadout of your choice. However, once the first zombie hits the floor, the Cranked Timer starts ticking away.

“Your Operator will explode if they fail to kill another zombie before the timer hits zero, and the timer gets shorter and shorter as the game progresses! Keep an eye out for the Cranked Timer Power-up, which temporarily freezes the timer for all players.

“Watch the clock – and your six – to survive this fast-paced new Zombies game mode… and be sure to put the locational Ping system to use when playing with your squad.

“And in Onslaught, Raid joins the map list along with new Dark Aether intel for Zombies fans on PlayStation.

“In this mode, your duo will use whatever is in your loadouts to fight against hyper-aggressive waves of undead forces. Unlike in traditional round-based Zombies, a Dark Aether Orb will confine you to a specific space on the map until it is charged by the souls of the undead.”