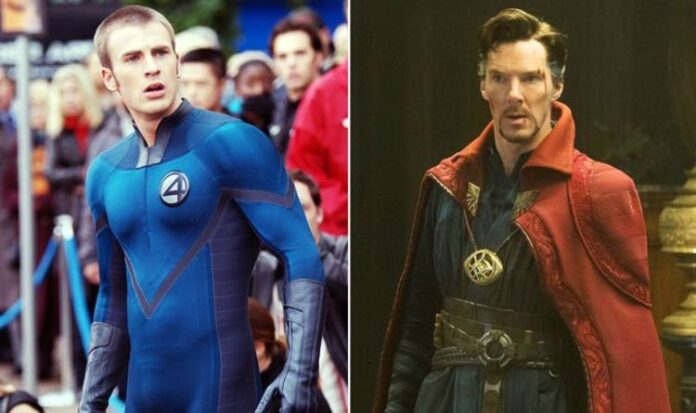 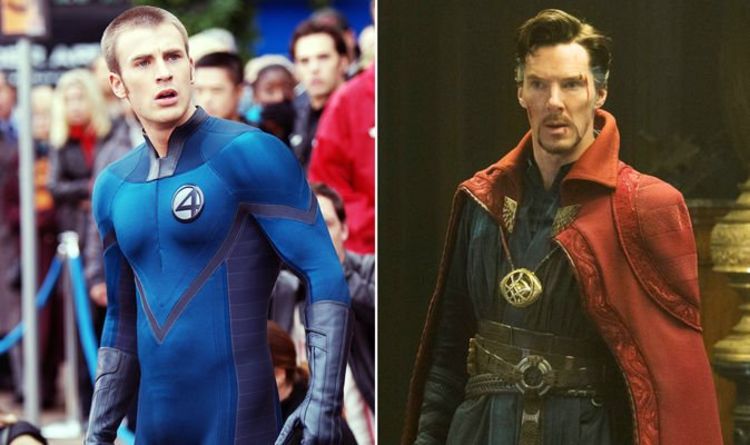 Chris Evans bowed out as Captain America at the end of Marvel epic Avengers Endgame, but it looks like he’s already set to return. There’s been rumours rumbling of a few projects under consideration including a couple of characters in Doctor Strange 2. WARNING SPOILERS FOR WANDAVISION AHEAD.

This week’s episode of WandaVision introduced Evan Peters’ Quicksilver from the Fox X-Men movies, heavily suggesting that more now Disney-owned characters will be entering the MCU.

Aside from the X-Men, there were the Fox Fantastic Four movies which starred Evans as Human Torch before he took on Captain America.

And with Doctor Strange in the Multiverse of Madness out next year, there’s been rumours aplenty that previous Fox characters will have cameos.

And believe it or not, the latest is that Evans will likely be reprising his Jonathan Storm for the movie.

This alleged leak comes from Giant Freakin Robot whose Marvel source correctly predicted that Don Cheadle’s War Machine will feature in The Falcon and The Winter Soldier.

While apparently, Marvel want Jessica Alba to reprise her Sue Richards aka The Invisible Woman in Doctor Strange 2.

If that wasn’t enough, allegedly Evans is also wanted to not only reprise Human Torch but to play an alternate evil Captain America working for HYDRA, as seen in Marvel Comics.

Considering Peters’ Quicksilver debut in WandaVision and rumours of Tobey Maguire, Andrew Garfield and other Sony Marvel characters reprising their roles in Untitled Spider-Man 3 this Christmas, we could be headed towards an Avengers: Secret Wars multiverse epic. But where did this all start?

Our best bet is that Fox, Sony and even Netflix Marvel characters will cameo in the MCU outings of the next couple of years before all coming together in an Avengers 5 of huge multiverse proportions that follows the Secret Wars comic book narrative.

Fans will know this storyline saw the destruction of the Marvel Universe and other alternate realities. Each universe’s Earth combined into Battleworld, a planet that combines different aspects of the various dimensions.

There on Battleworld, alternate versions of the same Marvel characters were able to exist at the same time. This included many incarnations of Thor acting as a peace-keeping force.

Other Marvel Phase 4 movies in the works aside from the 2021 slate include 2022’s Black Panther II and Captain Marvel 2.

Alongside Guardians of the Galaxy Vol 3, Blade and Fantastic Four which don’t yet have release dates.

While on Disney+ there are the likes of Moon Knight, She-Hulk, The Guardians of the Galaxy Holiday Special, Secret Invasion, Ironheart, Armour Wars and a Wakanda-based show.

Avengers Endgame felt like peak MCU, but with Kevin Feige still at the helm, the future of the franchise is looking pretty marvellous and may well surpass even the sheer magnitude of that epic blockbuster.