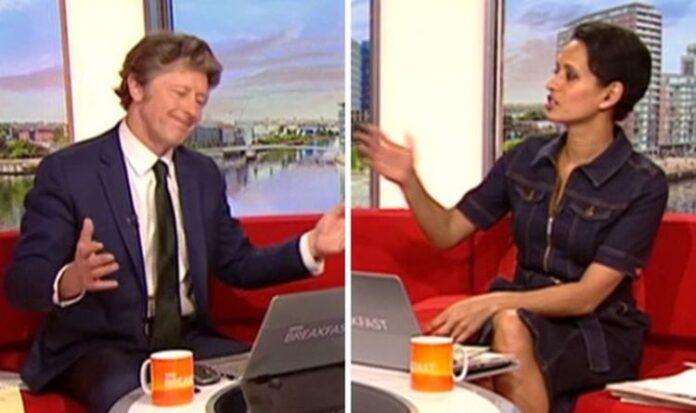 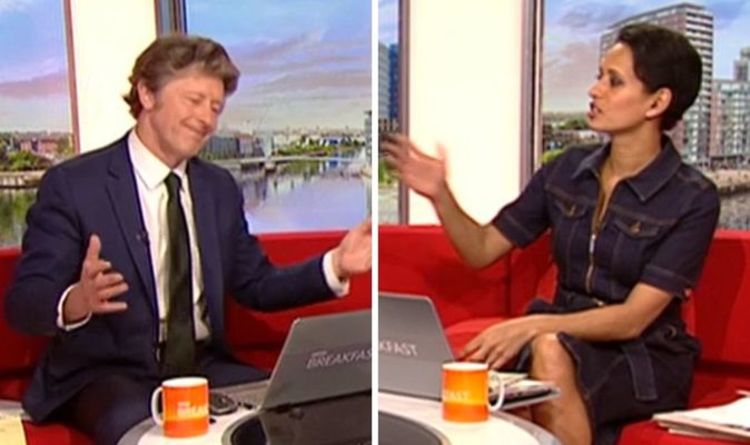 The piece Charlie was discussing was from today’s national newspapers, and he spotted a positive story.

He said: “On the theme of the outdoors, some of the negative stuff about people being outdoors was about the litter, and too many people getting together.

“On a slightly lighter note in relation to people going outside – the countryside code, which is a good thing, all the stuff people maybe know about, like shutting a gate and keeping your dog under control, don’t litter – in amongst all the advice now they’re talking about part of the new code.

“Which is to make other people feel more comfortable – the idea is that you should smile more. Some people feel as though the countryside is not a place for them so you can do something and make a difference.”

Charlie Stayt hits back at Naga Munchetty’s jibe on BBC Breakfast ‘No!’