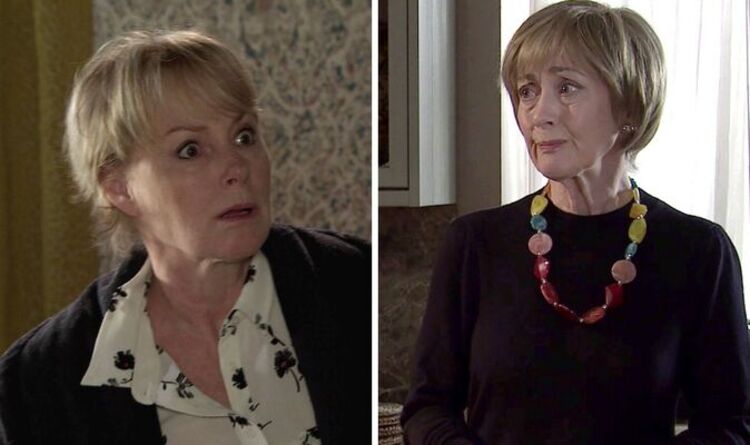 Tim has been soaking up the attention he is getting from his mother, who he only reunited with less than two years ago.

Coronation Street fans have taken to Twitter to comment on the drama unfolding at the Metcalfe household between the trio.

Queen Lauren quipped: “Can we have a spin-off with Tim, Sally and Tim’s mum?”

Stuart said: “[Maybe] Tim ends up back in hospital after spending [time] with Sally and his mum?”