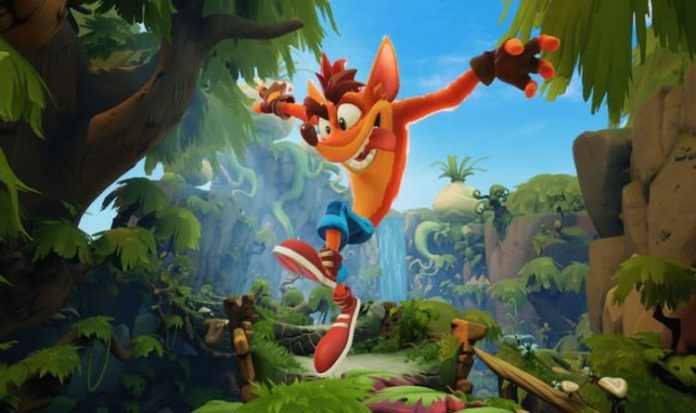 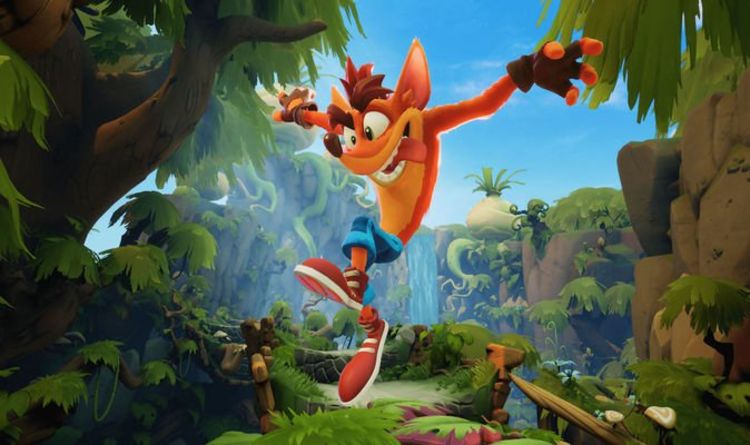 The Crash Bandicoot 4: It’s About Time demo is about to be released on PS4 and Xbox One.

Fans can play two levels from the upcoming platform game when the demo launches on September 16.

Sadly, however, the Crash Bandicoot 4 demo isn’t available to everybody on PS4 and Xbox One.

If you want to download and play the Crash Bandicoot 4 demo ahead of the game’s October release date, you’re going to have to pre-order a digital copy of the game.

“Just ahead of the official launch of Crash Bandicoot 4: It’s About Time on October 2, fans that digitally pre-order the brand-new Crash game on PlayStation 4, PlayStation 4 Pro and the family of Xbox One devices from Microsoft, including the Xbox One X, will be among the first consumers in the world to play via a hands-on demo on September 16,” Activision explains.

“Gamers all over the world have been clamouring for the chance to play the game early.

“Activision and Toys For Bob are proud to offer players an early look at two levels from Crash Bandicoot 4: It’s About Time, letting them play as Crash or the fiendish Neo Cortex.

“Additionally, fans will experience first-hand the fun of the wielding the power of some of the new Quantum Masks – Kupuna-Wa to control time and Lani-Loli to phase objects in and out of existence.”

Express Online has been given the opportunity to play the demo ahead of its September 16 release date.

The Crash 4 pre-release demo features the levels Snow Way Out and Dino Dash. Snow Way Out can also be played as Neo Cortex.

Taking place at different points in history, both stages are as bright and colourful as you would expect from a Crash Bandicoot game, even if the visuals aren’t a huge step up from N Sane Trilogy. Still, if it ain’t broke, don’t fix it.

Both stages also offer fans a glimpse of what has changed and what has stayed the same.

Largely, the platforming retains the Crash Bandicoot feel, from the classic face-on chase sequences, to the occasional side-scrolling run-and-jump sections. If you’ve played any of the previous Crash Bandicoot games, then you’ll feel right at home with It’s About Time.

The biggest difference between previous Crash games and It’s About Time are the masks, which grant players temporary abilities used for platforming puzzle solving.

This includes slowing time to use falling blocks of ice as platforms, and removing obstacles from existence while sliding along a vine.

While it’s generally pretty obvious what you need to do in order to progress, you still need plenty of skill, quick reflexes and a decent memory in order to execute your plan.

To this end, the masks add a welcome new dimension to Crash 4.

It’s also worth mentioning that Crash Bandicoot It’s About Time is a surprisingly challenging game, to the point that it can be a little frustrating.

Each checkpoint feels like a hard-earned victory, and it’s enormously satisfying when you make it to the end of a level.

There are times, however, when the game demands almost too much precision, and there’s too little margin for error.

It’s not that I don’t like a challenge, it’s just that the overly fussy platforming sometimes feels at odds with the speed and fluidity of the overall game.

On the plus side, the development team have clearly been listening to the criticisms aimed at the N Sane Trilogy, because the addition of a shadow underneath your character makes it far easier to judge where you’re going to land.

We’ll see how it all fits together when Crash Bandicoot 4: It’s About Time launches on October 2.

Michael Jackson son: When was Prince Jackson born? Is he the...