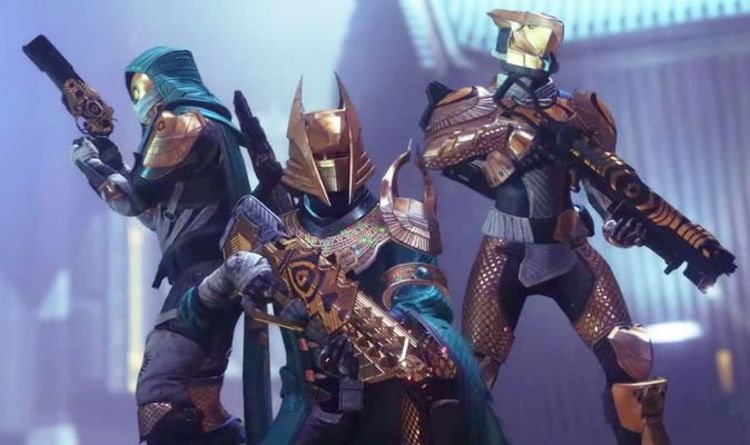 Destiny 2 Trials of Osiris rewards for this week: Start time for Bungie update

As per usual, Trials of Osiris kicks off in Destiny 2 at 6pm BST for gamers in the UK and at 10am pacific time or 1pm eastern time for those Stateside.

Ahead of the new Trials of Osiris rewards going live Bungie has given Destiny 2 fans an update on their content vault plans.

Last week the Destiny 2 makers said with the launch of Year 4 on November 10 they would be relegating Io, Titan, Mars, Mercury, and Leviathan activities to the Destiny Content Vault to make room for Cosmodrome’s return and Europa’s debut.

And in a post online Bungie has detailed how their vaulting plans have already impacted Guardians, and given some handy advice.

They said: “With additional Destiny Content Vault details available, we’re seeing many players returning to content released in the earlier years of Destiny 2. Some players are hunting Triumphs, while others are focusing on rewards. One of these rewards is the unique emblem players unlock after collecting all the available Sleeper Nodes introduced in Destiny 2: Warmind.

“Due to the way that the Sleeper Nodes were created, we are unable to completely remove the possibility of receiving duplicate Override Frequencies, but we are making some improvements to greatly reduce the odds of receiving a duplicate. The following tips will help you avoid duplicates and acquire those final elusive nodes.

Ahead of the Year 4 content drop the next big update that Destiny 2 fans will have to mark down in their diaries is the 2.9.2 patch which is arriving on September 8.

The upcoming patch will feature general bug fixes as well as bringing in a number of changes to the hit online game.

Addressing one inbound change, Bungie said: “Shortly after Solstice went live, we became aware of a difference between how the universal armour glow bundle icon was depicted and how it visually performed in the game.

“After investigating the issue, we felt the difference between them was too vast. We have revisited the glow intensity of these ornaments and enhanced the in-game appearance to match the icon as closely as possible.”

George Harrison children: How many children did The Beatles star have?