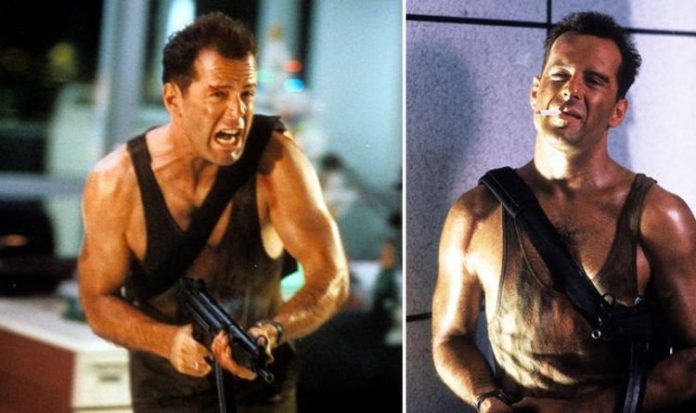 Die Hard was released in the summer of 1988 and stars Bruce Willis in a violent terrorist hostage situation. Not exactly full of festive fun and cheer, but the movie is set on Christmas Eve with a ton of references to the holiday. Now, over three decades on and YouGov have polled over 2000 adults from across the UK to determine if Die Hard truly is a Christmas movie or not.

Just like Brexit, it’s a close call with the UK divided over the result. It turns out that 47 per cent of voters believe Die Hard isn’t a Christmas movie and 44 per cent do.

There was also a bigger disagreement between sexes, with 50 per cent of men saying the Bruce Willis action classic is a Christmas movie compared to just 37 per cent of women.

So why can’t UK fans agree? The main reason is that 72 per cent of those who believe the film is a Christmas movie pointed out that the story is set during a Christmas party.

But on the other side, almost 50 per cent of those who don’t think Die Hard is a Christmas movie think that just because it’s set during the festive season doesn’t make it part of the genre.

And 37 per cent of this group said the reason the film isn’t a Christmas movie is that it’s already part of the action category.

Film critic James King weighed in saying: “Die Hard is a Christmas movie now but it didn’t start out as one. Back in 1988 when it was released in the summer, I don’t think anyone thought it was a festive film. Sure it had a seasonal setting but it was hardly warm and cuddly.

“But over time the fans have embraced its Christmas background and reinterpreted it as a yuletide classic. That’s what’s great about brilliant films: they don’t just have to be one thing.”

Alongside Willis, the commercial saw De’voreaux White and Clarence Gilyard Jr reprising their roles as Argyle and Theo from the first movie.

The storyline saw Hans Gruber’s former tech specialist and others seeking to kill McClane as he sought out a new car battery.

Before Disney bought Fox there were plans for a Die Hard prequel-sequel called McClane that has since been cancelled. The storyline would have seen Willis portray his NYPD cop in present day alongside a younger actor playing him in the 1970s. But who knows, maybe Disney will reboot Die Hard in the future.

Die Hard is streaming now on Disney+, alongside its four sequels.

Die Hard: UK poll settles if Bruce Willis classic is a Christmas movie once and for all