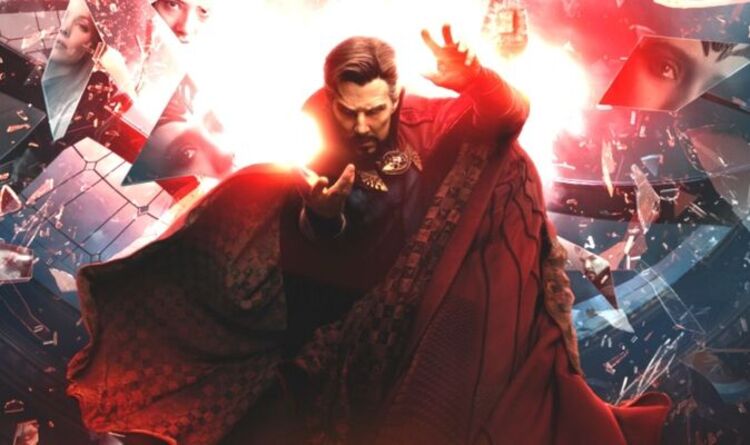 Reshoots are par for the course with Marvel blockbusters. In fact, it’s ubiquitous with Disney projects, as Star Wars movies such as Rogue One and Solo: A Star Wars Story suffered chaotic production cycles and course corrections. However, Doctor Strange 2 looks to be the most dramatic example yet of a tumultuous turnaround. One of the cast has just confirmed the extent of the studio manipulation and surprisingly, Spider-Man: No Way Home could have something to do with it.

Director Sam Raimi is back with Marvel after delivering the beloved Tobey Maguire trilogy. He is hard at work putting the final touches on the Doctor Strange sequel and keeping to tradition, he included a familiar face within it.

Actor Bruce Campbell has confirmed on Reddit that he filmed a cameo in the jam-packed sequel and exposed the extent of the dramatic reshoots. He said: “The deal with Doctor Strange is interesting. A majority of the film was reshot extensively, so I have no idea what’s in there and what isn’t. I did a cool scene with a character that’s been beloved for years, and… we’ll have to see what ends up in the movie. I don’t know if its still in there. Its a pretty cool part.”

Campbell is best known for his role as Ash in the Evil Dead franchise, a series created by Raimi. He later appeared in all three Spider-Man movies alongside Maguire in fan favourite cameos. The most famous of which was from the original film, in which he played the Ring Announcer that gave Spidey his iconic name.

This doesn’t explain what is happening with the Sorcerer’s sequel, though Spider-Man: No Way Home could provide the answer.

After raking in $1.8 billion at the global box office, Spidey’s new film is a mega-hit that singlehandedly saved cinemas from the unmentionable virus that shall not be named. It brought Andrew Garfield and Maguire back in a move that would have been seemingly impossible just a few years earlier.

It has reinforced fans’ desires for cameos, call-backs, crossovers and Easter Eggs. When the latest batch of Doctor Strange reshoots were announced in December 2021, it coincided with the enormously positive reception of the Spidey flick.

During the second trailer, Strange entered a mysterious room, with seven ominous chairs bearing down on him. The people sitting in them are silhouetted, but one steps forward. He is the unmistakable Patrick Stewart as Professor X.

The star himself just confirmed his inclusion too. Speaking on the YouTube channel Jake’s Takes, Stewart said: “I actually didn’t recognize my own voice, it sounded different. Whether I had a cold or something at the time, I don’t know. But I was astonished — and all they saw was the back of my shoulder and I think my earlobe, nothing else — that there would have been so many connections made. It pleased me.”

They are just part of the process over at the House of Mouse, but Doctor Strange 2’s are unusually extensive.

The situation with the filming structure was touched upon in The Story of Marvel Studios: The Making of the Marvel Cinematic Universe. Ant-Man director Payton Reed addressed concerns with how the studio operates.

He said: “It’s so liberating. At any other studio, you get in the cutting room and, inevitably, there are things you want to change, or you want to shoot something entirely new. You’d have to go beg and scrape to the studio to get one, maybe two additional days. It’s a fight. At Marvel Studios? It’s just a given.”

He added: “It doesn’t change the way you approach principal photography. But throughout the process, things change. On the first Ant-Man, I think we only had three and a half, maybe four days of additional photography. But certain movies have had weeks. Ultimately it doesn’t matter. Because the best idea wins.”

It leaves the question open over what fans can expect from these cameos and reshoots, especially after the social media shattering reveals of Garfield and Maguire.

Cameos will be an increasingly integral part of the MCU, as Kevin Feige recently confirmed that there wouldn’t be any new Avengers movies, meaning team-ups could all be unexpected and surprising crossovers from this point.

The results of these extensive reshoots will be revealed when Doctor Strange 2 finally premieres in cinemas.