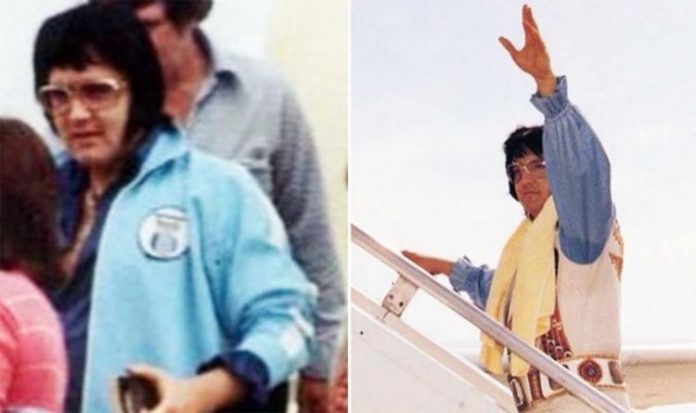 Aside from his intense month-long Las Vegas residencies with two shows a night, Elvis would regularly tour across the US. To get to his concert venues, The King flew in his private jet named after his daughter, Lisa Marie.

Linda would often travel with the singer to keep him company and has now shared some amazing photos of them both accompanied by the Memphis Mafia at airports.

Elvis, who had noticeably put on weight later in life, can be seen waving to fans, with his girlfriend by his side.

Linda captioned the post: “Thank you @elvis_and_linda_gram for always finding such beautiful treasures and memories… Happy Saturday!!”  The repost read: “While Elvis and Linda were together, they travelled all over jet-setting in his plane he named after his beloved daughter Lisa Marie. As they entered the plane Elvis and Linda would always say hello to the pilots and staff before heading to the back of the plane to relax in the custom-built bedroom.”