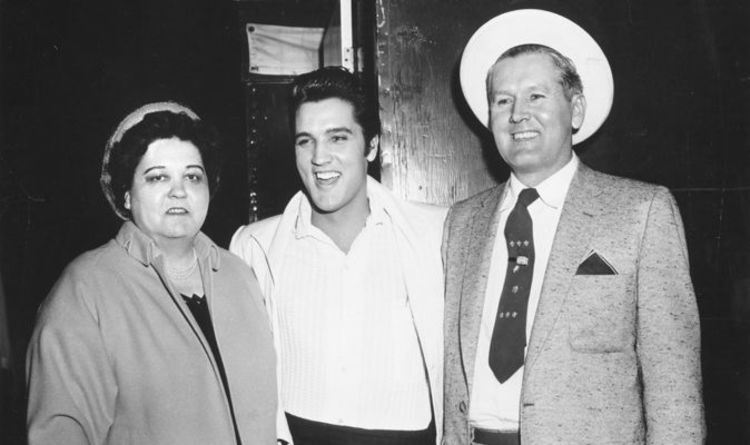 Elvis movie: Vernon and Gladys Presley RECAST after stars forced to drop out due to delay

The Elvis Presley movie biopic is set to start shooting in Australia with Austin Butler as The King and Tom Hanks as Colonel Tom Parker. However, both Vernon Presley actor Rufus Sewell and Gladys Presley actress Maggie Gyllenhaal have been forced to drop out of the movie. According to Variety, both stars had other filming commitments scheduled before the Elvis biopic’s production was shut down in March due to the pandemic.

Director Baz Luhrmann has recast Vernon and Gladys with a couple of prominent Australian actors.

Elvis’ father will now be played by Richard Roxburgh, best known to Baz fans as The Duke in Moulin Rouge!

Additionally, more actors have been cast in the upcoming Elvis biopic.

Binder was the TV director of the Elvis 1968 comeback special that rebooted The King’s music career following a string of poor Hollywood movies.

Of the cast, Baz Luhrmann said: “Elvis was surrounded by an extraordinary array of rich personalities, and we are very fortunate to pull together a tremendous ensemble to tell this story.

“It’s exciting to unite some of Australia’s finest actors, from longtime collaborators from Moulin Rouge!, Australia and The Great Gatsby like Richard Roxburgh, David Wenham and Kate Mulvany, to exciting new faces such as Dacre Montgomery, Helen Thomson, Luke Bracey, Natasha Bassett and many more.

“With the world as it is right now, our entire company is grateful that we can join together in this creative venture to bring employment and opportunity in front of and behind the camera, and to the community at large.”

He will be played by Luke Bracey, best known for the 2015 Point Break remake, GI Joe: Retaliation and Hacksaw Ridge.

The real-life Schilling, who is now 78-years-old, first knew Elvis when they played football in Memphis together.

A key Memphis Mafia member, Schilling was present when The King met President Richard Nixon in the White House 50 years ago.

Aside from working for Elvis, he also managed the Beach Boys and Jerry Lee Lewis.

According to the official synopsis, Elvis is “seen through the prism of [Presley’s] complicated relationship with his enigmatic manager, Colonel Tom Parker.”

“The film delves into the complex dynamic between Presley and Parker spanning over 20 years, from Presley’s rise to fame to his unprecedented stardom, against the backdrop of the evolving cultural landscape and loss of innocence in America. Central to that journey is one of the most significant and influential people in Elvis’s life, Priscilla Presley.”