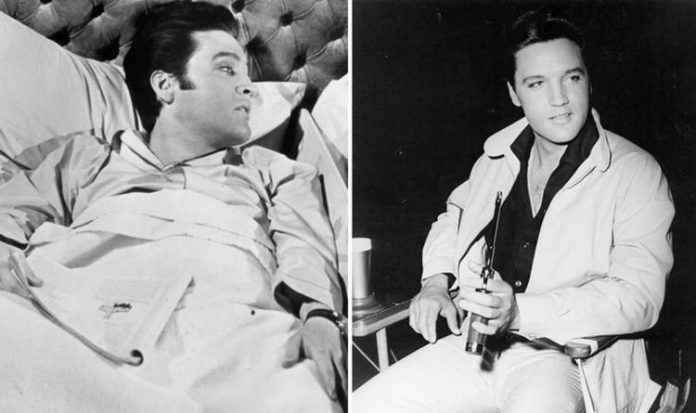 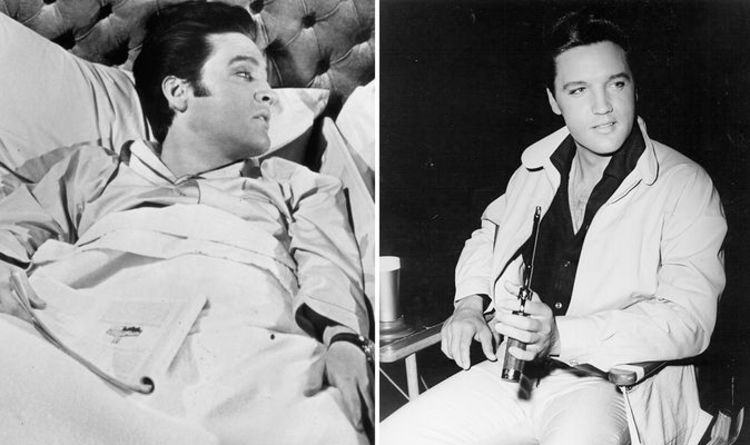 Elvis Presley was famously obsessed with guns and would often be armed wherever he went, especially in his later years. But did you know The King would even take a firearm up to bed with him? Upstairs at Graceland, which is off-limits to the public to this day, is Elvis’ bedroom, where members of the Memphis Mafia would be invited up to hang out with the star.

Elvis’ cousin Billy Smith lived at Graceland with his wife Jo and in a new video below, she spoke of The King keeping a gun by his oversized black and gold bed.

Jo Smith said: “He always kept one on his nightstand.”

She remembered how when they hung out in Elvis’ bedroom he’d sometimes even joke around with the gun, reaching for the weapon in jest if they said he wasn’t right about something in a conversation.

And by the end of the evening, Jo and Billy would go to hug Elvis good night in his bed.

They would all say how much they loved each other and looked forward to seeing each other in the morning.

The couple described how “privileged” they felt in that “very special moment.”

Elvis’ daughter Lisa Marie has also spoken of Elvis’ bedroom in the past, highlighting the piles of those spiritual books kept in his bedroom and office upstairs at Graceland.

Lisa Marie told Lorraine in 2018: “He always had books stacked up high next to his bed and they were all religious.

“If you go up to his bedroom, there’s a little office connected and there’s just nothing but books of every religion…a million bibles.

“He was constantly searching and he was very connected to gospel.”

While off-limits to the public, Elvis’ bedroom is maintained just as he left it, as requested by his daughter.

The Handmaid’s Tale season 4 theories: June freed from Gilead in trade off for Waterfords

The Handmaid’s Tale season 4 theories: June freed from Gilead in...