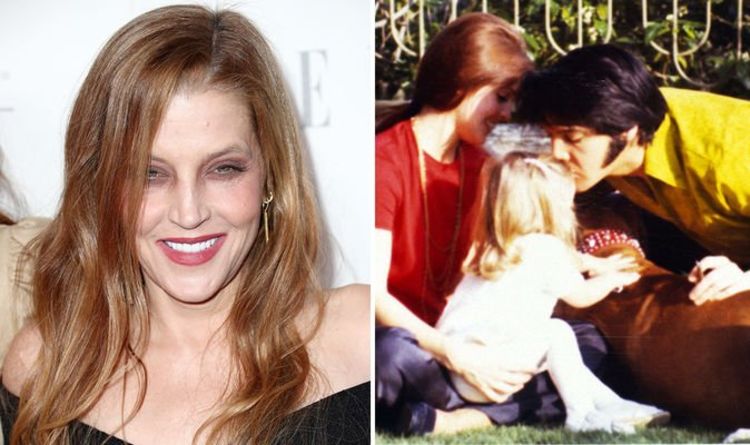 Elvis Presley: Lisa Marie promises The King would do THIS if he were live today

Elvis Presley died in 1977 at the age of just 42. His only child Lisa Marie was only nine years old when he passed away. The tragic fact is that Elvis has now been dead for longer than he was alive. Although fans continue to mourn their idol, his own daughter has spent 43 years without him. In an unearthed interview the now 52-year-old opened up about how much she misses her father and what he would be doing if he were still around today.

This year marked the 85th birthday celebrations of Elvis Presley, so he could very much have been alive and well in 2020.

On wishing she had The King’s advice today, Lisa Marie told Lorraine in 2018: “That I would very much like, I wish that could happen.

“He would be there, he would protect me.

“I feel like that’s the protection I haven’t had since I was nine.”

READ MORE: Elvis Presley: What truly made The King HAPPY shared by cousin

This means the last record he played is still on the record player.

It’s a fresh recording of JD Sumner and The Stamps.

While there’s even a styrofoam cup still placed on a bookcase.

Lisa Marie has a key with her that opens Graceland’s upstairs.

And when she visits and shuts the door behind her, Elvis’ daughter says she feels so safe.

After all, it was The King’s sanctuary, his cocoon away from the world.

Lisa Marie still very much sees Graceland as her home.

And even stays overnight in the upstairs sometimes, when visiting with her family.

Amazon Labor Day Sale: Take Up to 72% Off Karl Lagerfeld...