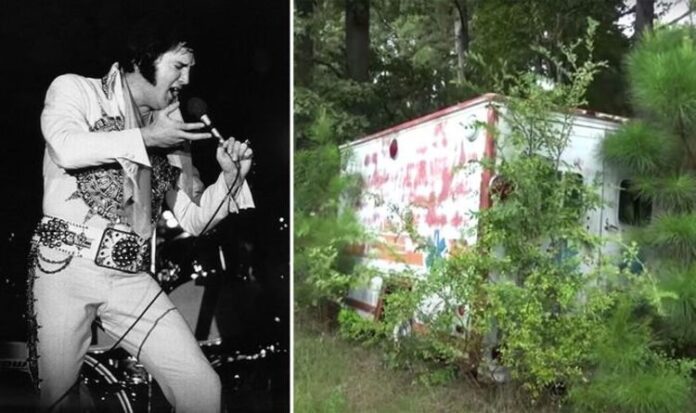 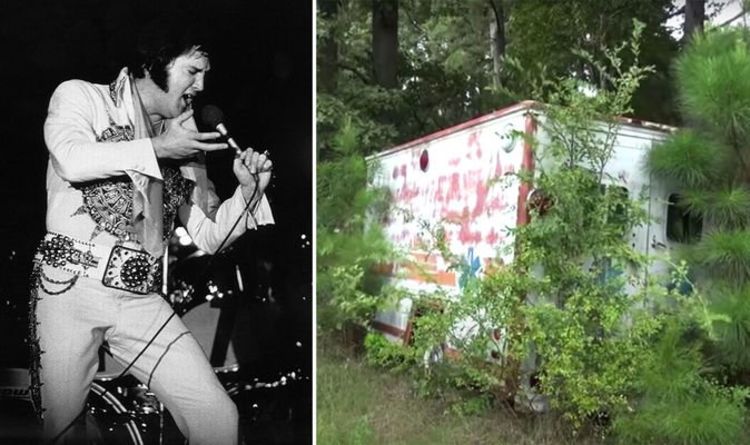 Terry was photographed standing on top of the lefthand side of Graceland’s gates, overlooking everyone.

Having purchased the Elvis ambulance at some point later, the vehicle has rested on his property for years, hidden by greenery.

The historic vehicle was discovered there with permission, by Elvis expert Billy Stallings Spa Guy, who has been searching for it for years.

The YouTuber filmed the moment he found the ambulance on August 16, 2018, exactly 41 years to the day that it transported The King’s body from Graceland, having decided to keep it a secret until now.