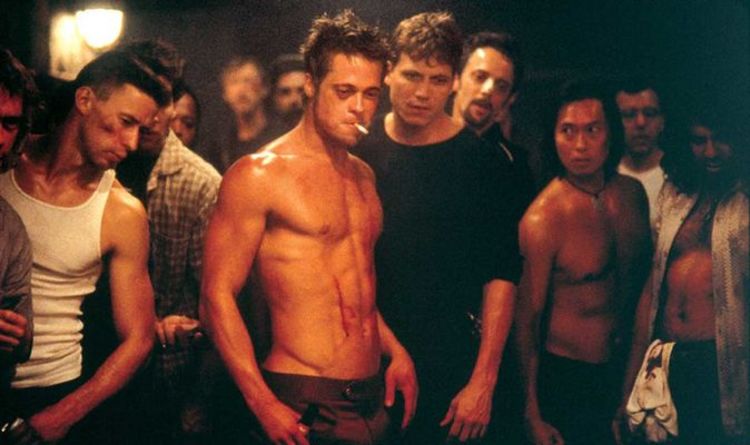 David Fincher’s 1999 iconic movie has been made available on Chinese streaming service Tencent Video this week. However, film fans have highlighted how Fight Club’s ending isn’t anything like its original release in the West. WARNING: SPOILERS FOR FIGHT CLUB AHEAD.

Incredibly controversial upon its release, the anarchist story with criticisms of consumerist capitalism later became a cult classic.

Fight Club’s big twist is that Edward Norton’s Narrator invented the character of Tyler Durden, played by Brad Pitt, and turned out to be him all along.

The ending saw him kill off his fictional alter ego before watching many buildings explode, implying the plan to bring down civilisation had begun.

However, while the new version in China does end with The Narrator murdering Durden, the explosion was replaced with a black screen and message saying what happened next in the newly altered plot.

And one added: “This s*** sucks. Companies shouldn’t completely change the intent and purpose of films just to sell out in Chinese markets.”

It remains unclear if Chinese censors requested the film’s ending be changed or if Fight Club’s producers just did it to make the movie more palatable to that market.

China topped global box office earnings last year and Hollywood studios are often required to release altered cuts of their movies to pass the government’s approval and reach the huge audience in that region.