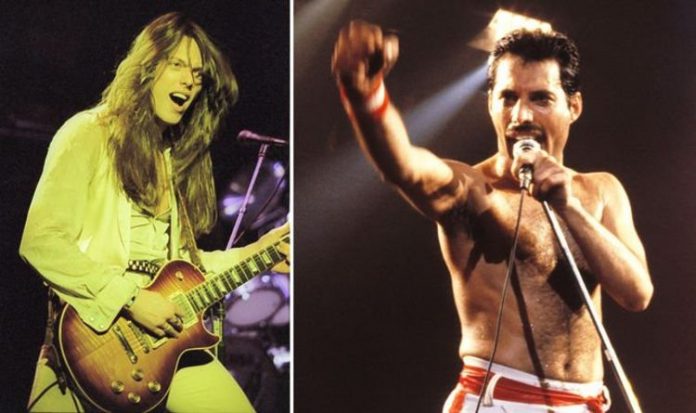 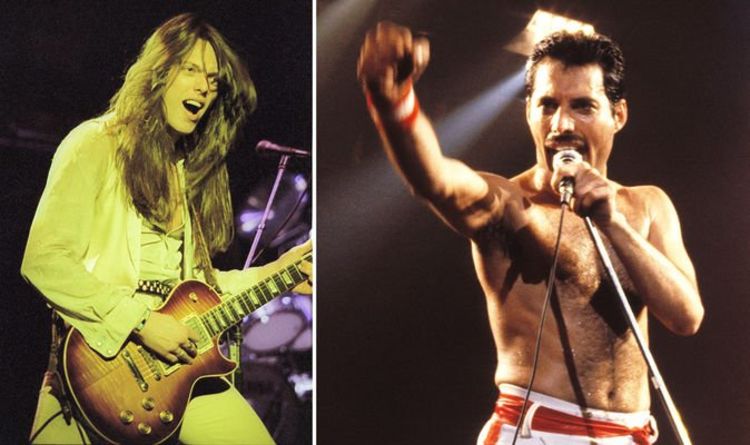 Back in 1977, Queen toured North America to promote their A Day At The Races album. Supporting Freddie Mercury, Brian May, Roger Taylor and John Deacon was Phil Lynott’s Thin Lizzy. And now, in an exclusive interview with Express.co.uk, guitarist Scott Gorham has recounted fond memories of times with Queen and Freddie Mercury.

“Freddie was a great guy, whenever you saw him at a club he’d say ‘How are you today, darling?’

The Thin Lizzy guitarist then recounted a fun story of playing ping pong with the Queen singer.

Scott replied: “Really? Freddie, I grew up on ping pong!”

The next thing the Thin Lizzy guitarist knew, he had challenged the Queen singer to a game.

He said: “We decided to meet at 4 o’clock in the afternoon and we had this game.”

Scott continued: “It was the best of five and I think I won the first one but he was really, really good. I thought, ‘Holy s*** I’ve got a problem here with Freddie.’”

The Queen singer then won the second match, but the Thin Lizzy guitarist came back and took the third.

Eventually, it came down to whoever won the next game would win the tournament.

Scott added: “Luckily, I won that game but not by very much!”

On the 1977 tour with Queen, the 69-year-old said: “That was really a great tour. That tour, above all the others we did with a lot really big bands, that was the one that really shoved us to the fore.

“Nobody in America had seen us and being on stage was our main stomping ground. And Queen really gave us a chance to do that; to show the American public what Thin Lizzy was all about and what we could do.

“We all became great friends. We loved touring with each other, it was a great sold-out arena tour which was really cool. I’ll always be in debt to Freddie, Brian, Roger and John for helping us out there.”