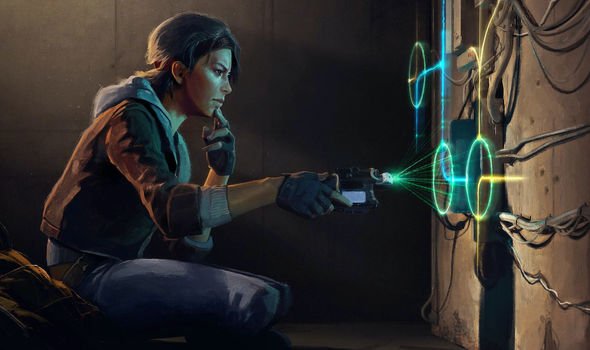 From the Sega Master System and Mega Drive, to the Dreamcast, Xbox 360, PS4 and beyond, I’ve always been a console gamer.

I love the speed and simplicity of console gaming, especially in the era before game updates, hotfixes and 2FA. Just buy a game, pop it in your console and start playing.

While my tastes in games haven’t changed too much over the years – I still favour arcade thrills over complex space trading and hardcore strategy – I’ve recently been paying closer attention to the PC gaming scene.

At times, I’ve even become a little green with envy.

Earlier this year I finally took the plunge and got myself a PC gaming rig, powered by the highly sought after NVIDIA 3060Ti graphics card.

With ongoing PS5 stock issues, and games like Cyberpunk 2077 performing far better on PC than console, is now the time to start looking at a gaming rig of your own?

Here’s my list of the pros and cons of PC gaming, as well as a handful of game recommendations.

If you’ve always been a console gamer like me, then building a PC can be a daunting, almost overwhelming task. It’s one of the reasons I’ve always stayed away from the PC scene, happy instead to let the likes of Sony, Microsoft and Nintendo do the hard work for me.

Do a little research, however, and it’s not too difficult to find what you’re looking for. All the major PC gaming platforms have a list of minimum and recommended specs for every game, so you can build your rig based around your wishlists.

If you want to make life even easier, you can visit online stores like Scan, which sell ready-built PC rigs, much like a console.

When your PC struggles to handle the latest games, you can upgrade your rig whenever you like. No waiting around for new console generations for you.

From field of view sliders and anti-aliasing, to ambient occlusion, motion blur and depth of field, PC games contain endless options to squeeze every last drop of power out of your gaming set-up.

If this sounds a little intimidating, don’t worry, because this is where something like GeForce Experience comes into play. Taking into account your PC specs and monitor capabilities, GeForce Experience optimises your games with a click of a button – including games from the likes of Steam and GOG. You can even launch them directly from the dashboard.

Furthermore, the GeForce platform lets you update to the newest game drivers to ensure you’re ready to play the best versions of all the latest releases.

With explainers about what each option means for your game and why it’s beneficial, the GeForce Experience removes the guesswork from an otherwise complicated task.

Valheim, Command and Conquer Remastered, Prodeus, World of Horror, Legend of Grimrock, Black Mesa, Art of Rally, Slipstream, Mordhau, Teardown, Wrath: Aeon of Ruin, Factorio, Mushihimesama and DoDonPachi are just some of the titles I’ve finally been able to play now that I’ve gotten myself a gaming PC.

Stores like GOG have a fantastic selection of old-school PC games that I completely missed out on, and as a fan of shmups, it’s great to be able to play some of those CAVE classics on Steam.

Not only are most of the aforementioned games only available on PC, but it’s hard to imagine playing them with anything other than a mouse and keyboard – except for the shoot-em-ups and racing games.

This includes the excellent Loop Hero, which is another game that would lose some of its magic on a console. The game relies on quickly being able to pause the action in order to place new cards and equip new items, something which would take a lot longer on a PlayStation, Xbox or Nintendo Switch.

Even the games that are available on other devices are often better on PC, thanks in no small part to a fine selection of free mods that breathe new life into classic releases.

Ever since the first time I donned an Oculus Rift headset to play a demo of what would later become EVE: Valkyrie, I’ve been a big fan of virtual reality. My home consumption started with the PlayStation VR, and has since moved to the wireless delights of the Oculus Quest 2.

While I’ve always been pretty happy with what these devices have to offer, I was more than a little jealous when the reviews started pouring in for Half Life Alyx on Steam VR.

Turns out I needn’t have worried, because with a PC and Oculus Link cable (actually, I opted for a cheaper alternative), I can play high-powered releases like Half Life Alyx, Project Wingman, Phasmophobia and Asgard’s Wrath on my modest Oculus Quest device.

And for the record, Half Life Alyx is every bit as good as they say!

Half Life Alyx is reason enough to buy a PC (Image: VALVE)

While I’m loving the flexibility of a gaming PC, and am happy with all of the games on offer, there are one or two factors that you need to consider before buying.

The biggest drawback to buying a PC is the price, which is almost certainly going to cost you double that of a PS5 or Xbox Series X – unless you purchased your console from eBay.

Things like DLSS and GeForce NOW offer a way around this, but a full and optimised experience is going to cost you.

You’ll also need more accessories for your PC, including at the very least, a mouse and keyboard combo, and at least one controller. You’ll then almost certainly want a decent PC monitor, plus some headphones and speakers.

You could just use your PC with a regular TV and controller, although this isn’t the most convenient set-up for games that only support mouse and keyboard.

While Xbox games are well represented on PC – and I’d certainly recommend investing in a Game Pass subscription – PC owners will miss out on some of the very best PlayStation and Nintendo exclusives, unless they shell out for a console on top.

The thought of never experiencing the likes of Bloodborne, Demon’s Souls or Super Mario Odyssey really is the stuff of nightmares.

From PS5 stock shortages to Cyberpunk console issues, is now the time to buy a gaming PC?