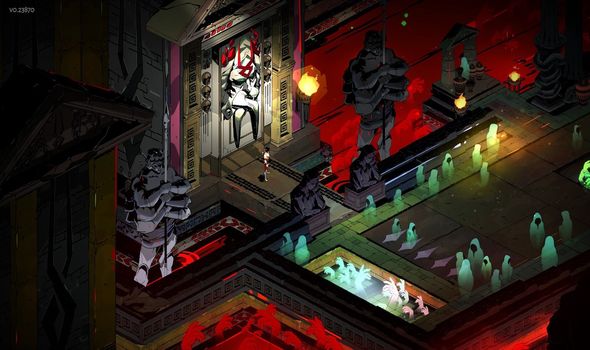 The Game Awards are about to take place for 2020. Hosted by Geoff Keighley, this year’s star-studded event will be an online-only affair.

“We bring together a diverse group of game developers, game players, and notable names from popular culture to celebrate and advance gaming’s position as the most immersive, challenging and inspiring form of entertainment,” reads the official description.

“We strive to recognise those who improve the wellbeing of the community and elevate voices that represent the future of the medium.”

For UK viewers, the celebrations begin with a live pre-show on December 10 at 11.30pm GMT.

The event continues at midnight GMT on December 11, where the various winners will be announced alongside a host of brand new game trailers (more on that later).

If you’re wondering how to watch the live stream, then Express Online has you covered. We’ve embedded the live YouTube stream below, so just hit the play button at 11.30pm to watch the action unfold for free.

Needless to say, the most exciting thing about The Game Awards are the PlayStation, Xbox and Nintendo game reveals.

Fans already have a pretty good idea about a few of the announcements leading into the 2020 event.

First up is the news that Nintendo will unveil the next DLC character for Super Smash Bros Ultimate at The Game Awards.

“A new Smash Bros Ultimate fighter will be revealed at The Game Awards tonight,” reads a Nintendo tweet.

Will Nintendo finally give us WaLuigi, or will it be another third-party character like Doomguy, Jonesy, or perhaps even Rayman?

Microsoft is also teasing a surprise for The Game Awards, although marketing boss Aaron Greenberg has told fans to “dial expectations way down versus speculation I am seeing, especially with how big we went last year”.

If the rumours are to be believed, we may get some pretty major announcements on the PlayStation side of things.

One rumour that has been doing the rounds pretty much the entire year is that Sony will reveal a Silent Hill reboot.

Alternatively, it’s been speculated that Hideo Kojima’s Silent Hills game could be resurrected for the PS5.

Speaking of Konami franchises, other reports suggest a new Metal Gear Solid game could be in development for the PlayStation.

Much more likely is that we’ll finally find out more about From Software’s open-world fantasy game Elden Ring. The game has been missing in action since its E3 2019 reveal, so now seems like the perfect time to reveal more.

Interestingly, job adverts have started to appear for a brand new BioShock game. Does this mean BioShock 4 will make an appearance at the event?

Elden Ring at The Game Awards (Image: FROM SOFTWARE)

With Cyberpunk 2077 finally making its debut on PS4, Xbox One, PC and Stadia, there’s a good chance CD Projekt will unveil the post-release DLC.

The makers of hit role-playing game Disco Elysium are also teasing a new announcement, so maybe we’ll get a release date for the Switch port.

We’d also love to see GTA 6, Breath of the Wild 2 and the new Metroid game, but chances seem slim.

As for the awards, you can find the full list of nominees below. The winners will be added in during the ceremony, so check back for more details as the event goes on.

The Game Awards nominees and winners (in bold) for 2020…

Game of the Year

The Last of Us Part II: Dramatic PlayStation 4 trailer

• Ashely Johnson as Ellie, The Last of Us Part 2

• Laura Bailey as Abby, The Last of Us Part 2