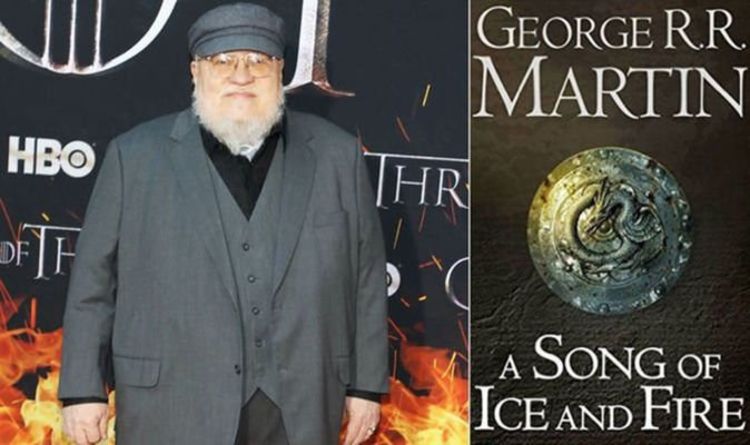 Back in 2011, George RR Martin published his latest ASOIAF book in A Dance With Dragons, while the Game of Thrones TV show made its debut on HBO. Later that year author Daniel Abraham was working on a comic book adaptation of the first ASOIAF book, A Game of Thrones. And in an unearthed interview from the time, the author revealed how A Dream of Spring’s ending is hidden in a throwaway line.

Speaking with CBR, Abraham said: “I’ve spoken to George a lot in the process.

“The biggest issues we have are continuity questions.

“There are things about this story that only he knows, and they aren’t all obvious.

“There was one scene I had to rework because there’s a particular line of dialogue — and you wouldn’t know it to look at — that’s important in the last scene of A Dream of Spring.”

The author added: “For that kind of issue, there’s no substitute for just talking to the man himself.

“He’s put a great deal of faith and trust in me on the actually working out of the scripts.

“And God forbid I get in the way of his writing The Winds of Winter, If I get a reputation for holding that project up, I’d be hung from the trees.”

While a year later, Abraham teased a little more about what he knows concerning ASOIAF’s ending, in the book Beyond the Wall.

Spotted by fans on Reddit, the author said in an essay how A Song of Ice and Fire “isn’t open-ended.”

He even revealed that the final sentence of A Dream of Spring has already been decided.

Abraham added: “Daenerys Targaryen will have a last scene and a last word.”

He admitted to knowing the fate of a number of major characters, plus a general idea of how the plot concludes.

The author also wrote of how Martin’s plans for The Winds of Winter and A Dream of Spring will change as he writes it.

He added: “Especially as we near the end, the events at the beginning will take on new significance.

“Prophecies will unfold in ways that may be as surprising to the author as they are to the reader. Things that are foreshadowed will come to be, or else they won’t.”

The penultimate novel in a ASOIAF is long delayed, having almost been published half a decade ago.

Nevertheless, Martin is hard at work on the Game of Thrones book in his mountain cabin

Review: Josh Swickard and Jessika Van are delightful in ‘A Hollywood...

Elvis Presley: Dolly Parton on turning down The King’s request –...