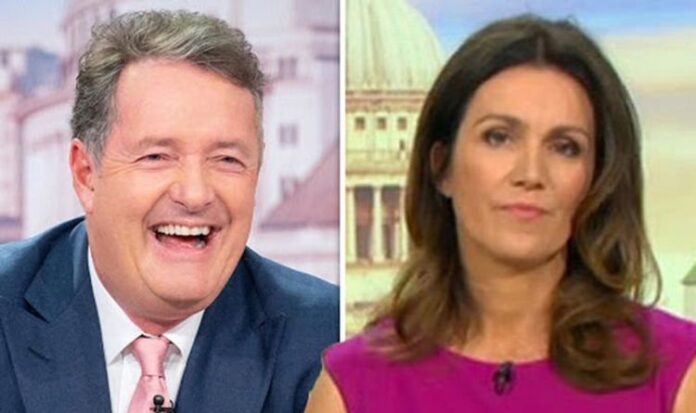 “Watched it this morning and all the presenters seemed to do for half an hour was talk about themselves! Gave up and turned over!” Another mentioned.

A third said: “It’s unwatchable. It’s gone back to being mushy, woke, snowflake, flim-flam talking about who’s offended & who’s got a nice hair do.”

Yesterday, Adil Ray MBE was the guest presenter while Ranvir Singh sat in for Susanna Reid as she takes a week off for half term.

GMB has been competing against BBC Breakfast for years and Dan Walker and Louise Minchin have always been several strides ahead.

But, on March 9, the day Piers decided to quit his role as Monday-Wednesday presenter, the show’s viewing figures finally overtook their rival.