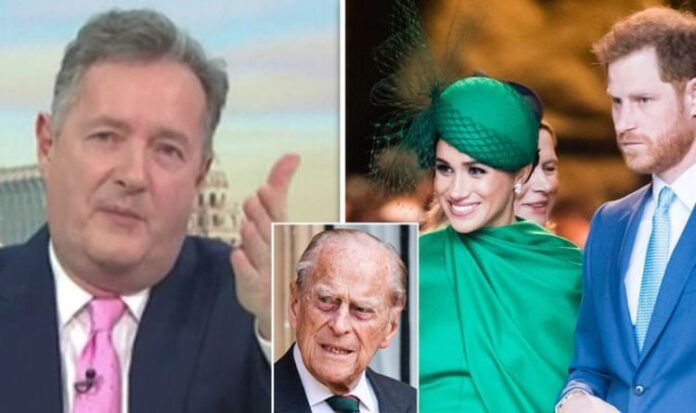 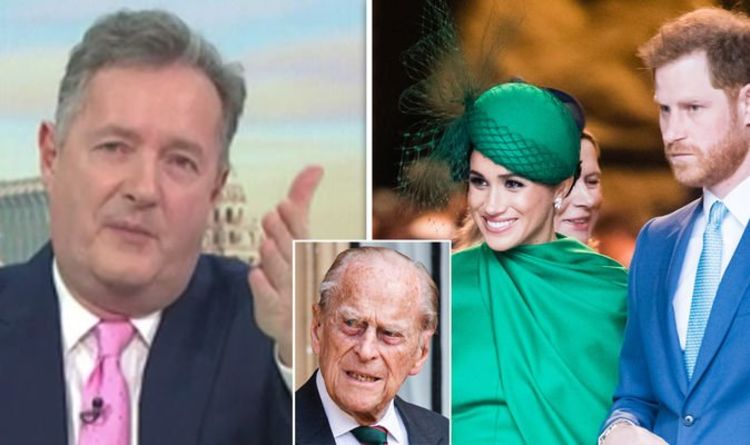 Prince Harry and Meghan Markle announced they would be spilling all on the Duchess of Sussex’s arrival into the Royal Family to Oprah Winfrey after it was confirmed Prince Philip had been admitted into hospital. Piers Morgan blasted the pair as “insensitive” as he lamented them for wanting their privacy while agreeing to do a tell-all interview.

Piers remarked: “If you want privacy you don’t do Oprah for two hours and you particularly don’t do it after hearing as they had earlier that day the Duke of Edinburgh aged 99 had been taken into hospital.

“He’s now on his 13th day in hospital and I’m sorry but I think we’re entitled to say this is incredibly distasteful.

“[For them] to be doing this kind of confessional in which they’re bound to be critical of the Royal Family and the monarchy at a time when his grandfather is in hospital and clearly quite seriously ill [or] he wouldn’t have been in there for two weeks. That’s my view others may have a different view.”