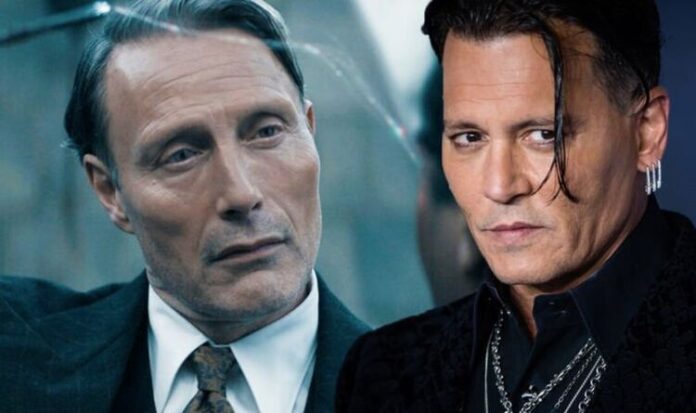 Disaster struck Johnny Depp‘s career in 2020 when he took a British newspaper to court over claims he was a “wife-beater” to his ex-wife Amber Heard. Shortly thereafter, he lost the court case, and what followed were reports that he had been axed from the Disney series Pirates of the Caribbean, as well as some shocking news for Harry Potter fans. In November, 2020, Depp revealed he had been asked to leave the Fantastic Beasts series, where he played Grindelwald.

Depp made his debut in the Wizarding World franchise in Fantastic Beasts and Where to Find Them as Grindelwald, before reprising his role in Fantastic Beasts: The Crimes of Grindelwald. He was due to take on the third film in the trilogy, The Secrets of Dumbledore, but was later replaced by the Hannibal and James Bond actor Mads Mikkelsen.

The latest trailer for the film has now been released by Warner Bros and it shows off the new Grindelwald for the first time, but fans are not happy. Twitter user Tina wrote: “Keep it, no Johnny Depp as Grindelwald then I am not interested.” (sic)

Another user, known only as NVC, added: “Okay SO I know I’m a little late but, how DARE they remove JOHNNY DEPP as Gellert Grindelwald!!!!” (sic)

Dia said: “Mads Mikkelsen seems like a really great guy and awesome actor but I’m a Johnny Depp enthusiast before anything else and I just can’t imagine anyone who’s not him as Grindelwald 🙁 this is unfair.” (sic)

Luigi offered: “Johnny Depp is Grindelwald #JusticeForJohhnyDepp. I love the fantastic beasts series but not seeing Johnny Depp as Grindelwald makes me so sad :/.” (sic)

But not all of the reactions to the trailer were negative.

Depp added: “The surreal judgment of the court in the UK will not change my fight to tell the truth and I confirm that I plan to appeal. My resolve remains strong and I intend to prove that the allegations against me are false. My life and career will not be defined by this moment in time.”

This will be the first time Mikkelsen has appeared in a Harry Potter film, however, it is not the first time an actor has replaced another in the entire franchise.

Gambon replaced Irish actor Richard Harris, who had played the legendary wizard for the two previous films, The Philosopher’s Stone and The Chamber of Secrets. After the second Harry Potter film was released Harris was diagnosed with Hodgkin’s Lymphoma at the age of 72. Alfonso Cuaron, the director of The Prisoner of Azkaban, then hired Gambon in his place.

Fantastic Beasts: The Secrets of Dumbledore hits cinemas on April 8, 2022.