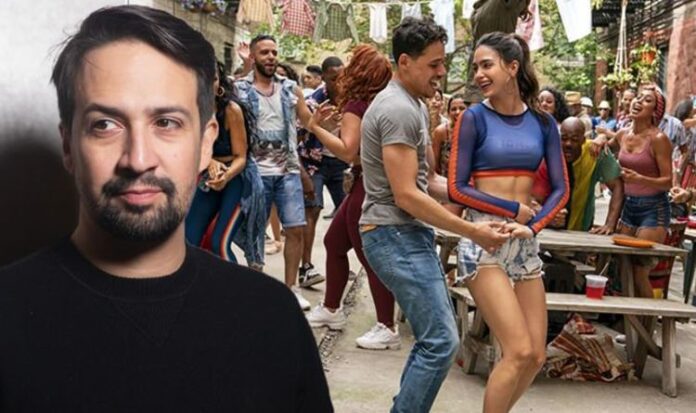 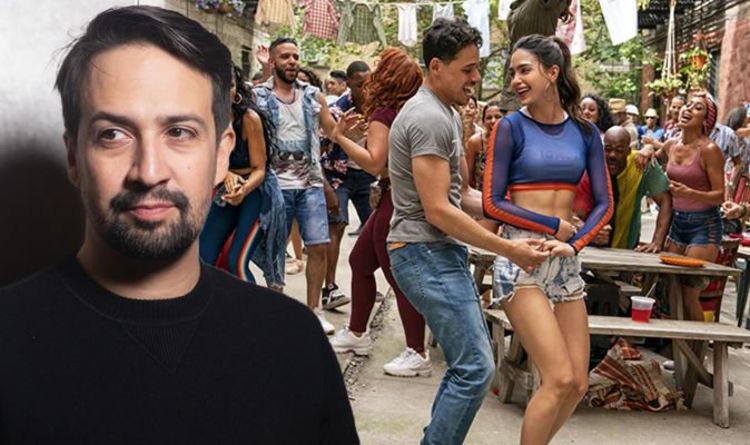 Later this year Hamilton creator, Miranda, will debut his next film and musical endeavour, In The Heights. While the movie is coming out years after the stage show began and long after Hamilton became a worldwide phenomenon on both stage and on Disney Plus, In The Heights was actually the playwright’s first venture into musical theatre. The story follows a young bodega owner, Usnavi de la Vega, who dreams of saving up enough money to move to the Dominican Republic.

Throughout the show and movie, various musical performances are had with Usnavi (Anthony Ramos) taking the reins, staying true to the original script.

In a recent interview with Variety, Miranda revealed that, while the upcoming film retains the heart and soul of the stage show, some of the finer details have been changed.

One of the most notable axed lines, Miranda explained, was in the hit song 96,000.

In the original song a line is featured which reads: “I’ll be a businessman richer than Nina’s daddy; Donald Trump and I on the links, and he’s my caddie!”

In the upcoming movie, Miranda revealed, the line reads: “I’ll be a businessman richer than Nina’s daddy; Tiger Woods and I on the links, and he’s my caddie!”

Speaking about this change, the creative explained: “When I wrote it [Trump] was an avatar for the Monopoly man.

“He was just, like, a famous rich person. Then when time moves on and he becomes the stain on American democracy, you change the lyric.”

He added: “Time made a fool of that lyric, and so we changed it.”

Minor details aside, Miranda was pleased the film is finally coming out after being in development hell for so long.

The movie rights to In The Heights were bought by Universal and Warner Bros last decade, but the film has only found a director in recent years after executives’ fears about how the film would “test” or perform internationally were quashed.

Miranda teamed up with Crazy Rich Asians director Jon M Chu to helm the movie, much to his fans’ pleasure.

Unfortunately, because of the ongoing coronavirus pandemic, the film was delayed from last year to this year.

This decision was made much to the dismay of Miranda, who would have preferred to see it hit streaming sites as soon as possible.

Speaking out about having his film pushed back a year, Miranda explained: “I very publicly was the one person who was really against it.

“I was like: ‘How can we hang onto this for a year when we know how wonderful it is?’”

It was his partner in the film, Chu, who convinced him to go along with it.

He went on: “Jon’s argument to me, which is the correct one, is we can release it now and people would feel good to have it in their homes.”

“Then we create a lane of Latinx stars so that I never have to sit in a meeting and hear someone say, ‘Do they test international?’”

In The Heights: Lin-Manuel Miranda on why he axed a Donald Trump lyric