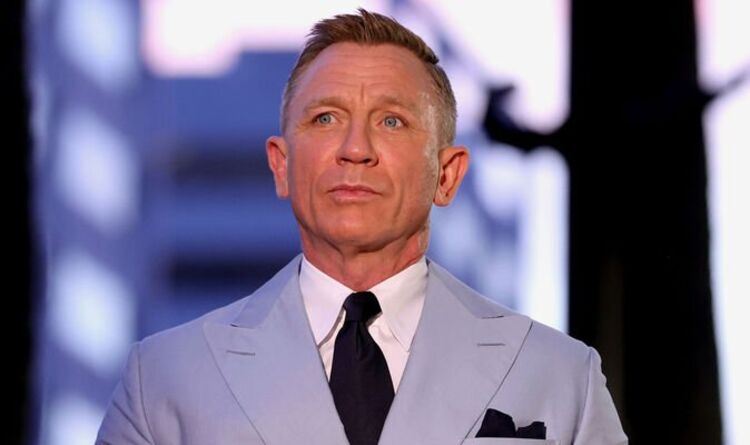 WARNING: This article contains full spoilers for the James Bond film No Time To Die.

James Bond fans are still reeling from the ending of No Time To Die. After 15 years and five films in the tuxedo, Daniel Craig‘s version of the hero was brought to a devastating end when he sacrificed himself for his lover, Madeleine Swann, and his daughter, Mathilde.

While Bond fans will no doubt have shed a tear during 007’s passing, Craig was beside himself.

Over the weekend the BAFTAs awarded No Time To Die a gong for Best Editing. The film’s co-editor, Elliott Graham, then shared a touching story about Craig watching the first cut of his final Bond movie. He recalled: “You know, I’ll tell a story that we’re not supposed to, but [Craig] watched the rough cut of the film by himself. And we were invited in a few minutes after the producers.”

Graham then revealed he was not expecting to see the reaction he did from Craig when he first walked into the screening room.

Graham continued by adding: “He was in tears.” He then added: “Because it was 18 plus years of his life. And it meant that much to him.”

Of course, Craig joined the Bond series when he was just 36-years-old. Now, at the age of 54, he has spent a long time in the shoes of the world’s best-loved spy. It’s no wonder he was emotional about losing his on-screen pal. But he was sure to give him the best send-off possible.

Craig made a speech on the final day of shooting No Time To Die long before the pandemic. And during this speech, he told the cast and crew around him: “A lot of people here worked on five pictures with me, and I know there’s a lot of things said about what I think about these films or all of those… Whatever. But I’ve loved every single second of these movies, and especially this one because I’ve got up every morning and I’ve had the chance to work with you guys.”

While getting choked up, he added “That has been one of the greatest honours of my life.”

Meanwhile, the race to become the next James Bond is on.

The Bond odds are currently sitting in the favour of The Witcher actor Henry Cavill and Bridgerton star Regé-Jean Page. The two Netflix actors have an incredible 3/1 on becoming Bond next from Ladbrokes. However, they are being chased down by Tom Hardy, who has an impressive 6/1.

James Bond No Time To Die is available on digital, DVD and Blu-ray now.