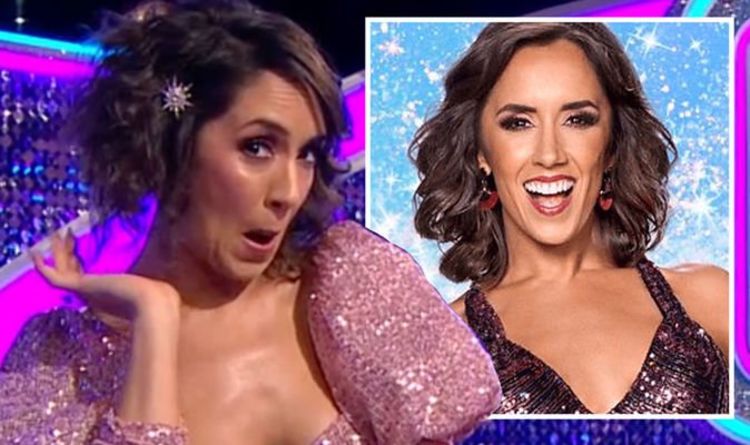 Janette Manrara made an exciting announcement to It Takes Two viewers on Thursday’s instalment of the BBC Two show. The Cuban dancer revealed to fans that she would be performing in the Strictly Come Dancing final this weekend. The 38-year-old admitted she “begged” bosses to let her dance in the spectacle.

Janette asked Vicky, who was also on It Takes Two: “Shall we fill everyone in on the secret?

“So everybody, if you’re tuning in at home, I will be dancing in the Strictly final, get in!

READ MORE: Rose Ayling-Ellis to miss out on Strictly victory – here’s why

This is the first year Janette has taken on the role of presenter on It Takes Two.

The star took to social media on Wednesday to begin her farewells ahead of the final on Saturday.

Janette shared her feelings about filming the last week of her show with her 480,000 Instagram followers.

AJ Odudu and Kai Widdrington, Rose Ayling-Ellis and Giovanni Pernice, and John Whaite and Johannes Radebe are set to battle it out on Strictly this Saturday.