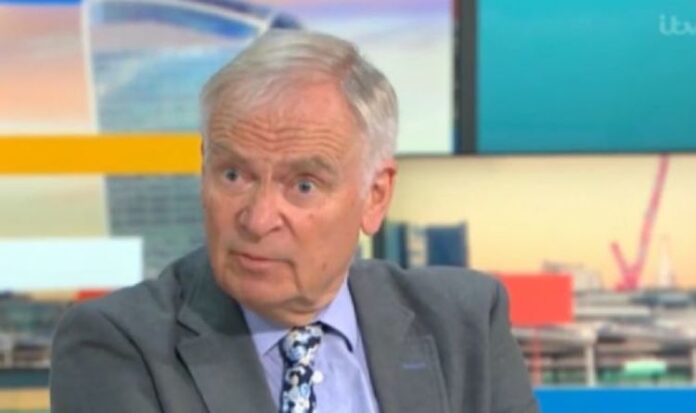 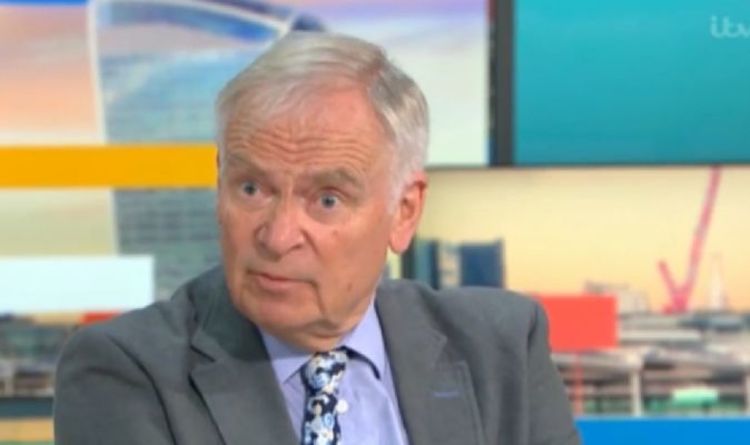 Lord Archer has warned that talk over a lucrative post-Brexit trade deal between London and Washington may collapse over Northern Ireland. The author told Good Morning Britain on ITV that US President Joe Biden is sympathetic to the EU side in the protocol dispute given his “Irish” links. It comes after Mr Biden accused Prime Minister Boris Johnson of “inflaming” tensions” in Ireland.

Lord Archer told GMB: “We have a new President of the United States and many of us think he is doing a very good job and thank god we have got him and not Trump.

“But I am bound to say the human being comes into this as well underneath he is an Irishman and he loves it, and he is very proud of it, and he doesn’t stop reminding us.”

He added: “We like to believe that we have a special relationship with the United States of America and indeed our history of two world wars and a great history together.

“You don’t go bopping your friends on the nose publically you might go into a private room and say now look this has got to stop.”

Mr Lempert is said to have accused the UK Government was of “inflaming” tensions in Ireland and Europe by endangering the Good Friday Agreement over custom checks at ports.

A Government memo from the meeting stated: “Lempert implied that the UK had been inflaming the rhetoric, by asking if we would keep it ‘cool’.”

However in turn the former US Special Envoy to Northern Ireland, Mick Mulvaney has warned Mr Biden’s rhetoric is, in turn, inflaming passions.

He told BBC Newsnight: “The US seems to be inflaming things itself, when level heads are probably what we need right now.

“We all want to see peace preserved, everyone wants to see the Belfast Agreement preserved, but he needs to remember that the heart of the Good Friday Agreement respects the union of the United Kingdom of Great Britain and Northern Ireland.

“So, yes, when you talk about America being back I thought that was what Joe Biden didn’t like about Donald Trump.

“Again, I think the policies between the previous Administration and this Administration are pretty much aligned, which is that we wanted to have everyone sit down and walk through what should be a negotiable type of thing.”

State Department spokesman Ned Price has defended the US position, telling a news briefing: “As the United Kingdom and the EU implement Brexit-related provisions, this administration encourages them to prioritise political and economical stability in Northern Ireland.

“President Biden has been unequivocal in his support for the Belfast and Good Friday agreement, which was a historic achievement.

“We remain steadfast supporters of a secure and prosperous Northern Ireland, in which all communities have a voice and all communities enjoy the gains of a hard-won peace.”